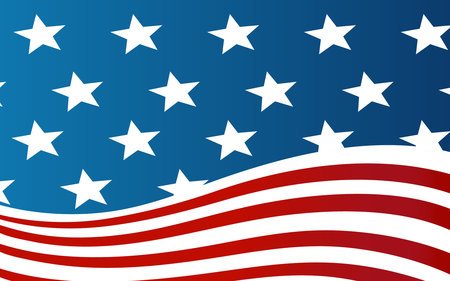 “In 1848, the women’s suffrage movement began in America at the first Women’s Rights Convention in Seneca Falls, New York. Since then, New York has been at the forefront of important social and legal movements that have advanced the equal treatment of all people,” said Governor Cuomo. “Over the years, however, New York has fallen behind in its role as a progressive leader on women’s rights. The Women’s Equality Act, which I introduced today, is designed to address gender inequality in our communities, and to restore New York as a leader in women’s rights.”

The Women’s Equality Act will:

Achieve Pay Equity: The bill would finally shatter the glass ceiling by eliminating the ability of employers to point to “any other factor other than sex” to justify pay disparities and instead require that their pay decisions be based on legitimate reasons. In addition, the legislation would protect an employee’s right to share wage information with other employees without being retaliated against, and increase damages to successful plaintiffs in pay equity discrimination cases. Currently, in New York, women earn 84% of what men earn, and over a lifetime will earn $500,000 less than men. Jobs that are traditionally held by women pay significantly less than jobs predominately employing men. And, in New York, a woman working full time is paid, on average, $42,113 per year, while a man is paid $50,388 per year. In 2013, this is both inexcusable and absurd.

End Family Status Discrimination: The bill would prohibit employers from denying work or promotions to workers simply because they have children. By enacting this legislation, New York would be just the 5th state in the nation in protecting against family status discrimination. Currently, New York State law only prohibits discrimination based on “familial status” in areas of housing and credit. Discrimination on the basis of family status adversely affects women with children, particularly women in poor or low income households.

Stop Source-of-Income Discrimination: This legislation would prohibit landlords from discriminating against tenants based on lawful source of income, and therefore maximizes a family’s ability to secure safe and decent housing. Since women account for 76% of all housing choice voucher recipients, including Section 8 vouchers, many of the landlords who refuse to rent to recipients of Section 8 or other public housing assistance recipients are discriminating against women.

Stop Pregnancy Discrimination Once and For All: The legislation would create a specific protection that requires employers to provide reasonable accommodations for pregnant employees. The current protections for working, pregnant women are confusing and have been misinterpreted. Some pregnancies can result in medical conditions requiring reasonable accommodations in the workplace.

Protect a Woman’s Freedom of Choice: This bill would codify existing Supreme Court law to protect a woman’s right to obtain an abortion prior to viability, or when necessary to protect her life or health. The law will ensure that New York’s laws are consistent with the law of the land. Currently, New York State’s law that protects a women’s freedom of choice is outdated and does not conform to protections outlined in Roe v. Wade and current state practice.

Sara Weddington, attorney representing Jane Roe in the landmark Roe v. Wade Supreme Court case, said, “Having argued for a woman’s right to choose in Roe v. Wade, I applaud Governor Cuomo’s proposal that will continue these efforts to protect the fundamental right of reproductive freedom. Governor Cuomo recognizes that protecting reproductive rights is essential in achieving women’s equality and bringing about change.”

Andrea Miller, Executive Director of NARAL, said, “Today is a historic day for the 10 million women in New York. This is the culmination of a lot of hard work on behalf of the Coalition and the Governor’s office and we couldn't be more thrilled that New York is on the cusp of protecting reproductive choice once and for all and improving the lives of women and men across the Empire State.”

Tracey Brooks, Executive Director of Family Planning Advocates of New York State, said, “For years, the State of New York has been behind important social movements. The Governor’s comprehensive plan on women’s equality ensures that New York will continue to be at the forefront of these issues. By addressing domestic violence, human trafficking and workplace discrimination and protecting a woman’s freedom of choice, the Women’s Equality Act will successfully advance women’s rights that have been ignored for too long.”

Donna Lieberman, Executive Director of the New York Civil Liberties Union and a member of the New York Women’s Equality Coalition Steering Committee, said, “As the legislative session draws to a close, the 10 million women of the state are energized and ready to see the full Women’s Equality Act voted on and passed. New York is on the cusp of becoming a leader for women’s equality. It is time for our state to say ‘yes’ to pay equity, extending protections against sexual harassment and pregnancy discrimination in the workplace, advancing protections for survivors of human trafficking and domestic violence and protecting a woman’s right to make her own personal, private health care decisions. The eyes of New York’s women are on the legislature, waiting to see this historic Act passed. Constituents want to see their elected representatives stand up for the women of the state.”

Cynthia DiBartolo, Executive Board Member of the Business and Labor Coalition of New York and as Chairperson of the Greater New York Chamber of Commerce, said, “Gender based inequality is not only a moral issue; it’s also, quite simply, bad economics. There is no question that providing equal opportunities for women is critical to our State’s economic future. In order for business, labor and New York State to prosper, we must work together to improve the workplace for women. That’s why I support the Women’s Equality Act.”

Bonnie Wong, President, Asian Women in Business, said, “We are so proud that the Governor has made women’s equality a priority for the legislative session. In doing so, the Governor has shown the vision and leadership needed to transform New York into a progressive beacon for the nation”

Milagros Baez O’Toole, President, 100 Hispanic Women, Inc., said, "We applaud Governor Cuomo for announcing his groundbreaking 10 point Women’s Equality Act. The Governor has a history of success in passing progressive reform and solidifying the State’s role as a progressive leader in this nation."

Cao K. O, Executive Director, Asian American Federation, said, “We applaud Governor Cuomo for making women’s equality a top priority for the legislative session. His 10 point agenda is clear, compelling, and necessary. We are so proud of the Governor’s vision and leadership in putting New York once again at the forefront of the nation in helping women achieve equality.”

Ann Jawin, Chair, Center for the Women of NY , said, “We are so proud that the Governor has made women’s equality a priority for the legislative session. In doing so, the Governor has shown the vision and leadership needed to transform New York into a progressive beacon for the nation.”

Patti LuPone, Broadway star and actress, said, "Bravo Women's Equality Agenda! You have my full support for your attempt to reduce discrimination against women's rights in New York."

Gary Dake, CEO, Stewarts Shop, said, "As a family and employee owned company we know the importance of long term relationships. Discrimination or exploitation are in direct opposition to the principles of long term strength and stability. Our work force is about two-thirds female and the stronger that group is, the stronger the company as a whole is."

Ellen Chesler, Senior Fellow, Roosevelt Institute and Author, Woman of Valor: Margaret Sanger and the Birth Control Movement in America, said, “New York has been a leader in reproductive health and rights for nearly a century, since Margaret Sanger opened the country's first birth control clinic in Brooklyn in 1916-- and went to jail so that women could get the care they need. Governor Cuomo's Women’s Equality Agenda promises another turning point of that magnitude in our state's proud history of making progress for women, their families, and our society.”

Kathryn Kolbert, JD, Barnard College Athena Center for Leadership Studies, argued Thornburgh v. ACOG and Planned Parenthood v. Casey in the U.S. Supreme Court, said, "Having twice asked the U.S. Supreme Court to reaffirm Roe v. Wade, I am keenly aware of the powerful forces at work across the country seeking to gut, if not overturn, that landmark decision. Governor Cuomo's proposal to update New York State's abortion laws to align with Roe and to make clear a woman has the right to choose -- regardless of what other states do -- could not be more timely or more necessary."

Nancy Northup, President and CEO, Center for Reproductive Rights, said, “In the face of seemingly relentless attacks on women’s health and rights all over the United States, New York is now poised with an historic opportunity to ensure that the 40 years of constitutional protections for women’s reproductive health and rights are preserved for its residents. We commend Governor Cuomo for his strong leadership to protect women’s health, equality, autonomy and constitutional rights in this state, and urge the legislature to pass this bill.”