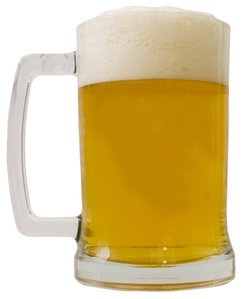 "There is no doubt that New York State's craft beer industry is flourishing and growing to produce some of the best brews enjoyed around the country and even worldwide," Governor Cuomo said. "With over 100 craft breweries in communities across the state, there is a wide variety of opportunities to experience Taste NY. Craft breweries are a significant sector in our agricultural and tourism industries, and when they do well, our economy does well. I encourage New Yorkers to sample all of what our craft brewers have to offer."

Some of the unique craft breweries include Empire Brewing Company in Syracuse, Brewery Ommegang in Cooperstown with its Belgian-style ales, F.X. Matt Brewing Company in Utica, which is the 8th largest craft brewery in the US and the largest in New York, and Brooklyn Brewery, whose brewmasters and founders have penned a number of books about brewing and brews, are among the state’s well-known breweries with fans across the state, the country, and in some cases, around the world.

The region also is rolling out new brews to include Outdoor Harvest Ale from Ithaca Beer in Ithaca that will be using hops fresh from the vine to create an intensely flavorful American Pale draft this August.

The Central New York Vacation Region also invites craft brew enthusiasts across the nation to find out “What’s on tap” in a collaborative tourism initiative launched today. The six-county Brew Central brings together the tastes, traditions and stories behind craft beer, hard cider and spirits in Central New York. Visitors can start their journey at www.brewcentralny.com.

Just over a century ago, Greater Binghamton, Madison, Oneida, Onondaga, Otsego and Schoharie counties represented the hop capital of the country. Brew Central puts the region back on the map with a growing constellation of more than 30 breweries, craft-centric pubs, cideries, distilleries and wineries.

WESTERN NEW YORK
In addition to tasting rooms and tours, many New York microbreweries have their own brew pubs, often known for their quality farm-to-table cuisine. Many of the venues are experiences in their own right. In the Greater Niagara region, the new Woodcock Brothers Brewing Company in Wilson invites diners to eat brick oven pizzas and a sample a flight of beers while sitting at a former freight elevator-turned-table in a converted cold storage apple warehouse. Chautauqua-Allegheny’s Ellicottville Brewing Company in Ellicottville and Fredonia has received more than three International World Beer Championship Awards for its hand-crafted brews. Located in the heart of Western New York’s ski country, a.k.a. The Aspen of the East, the brewery offers innovative & inspired menus and will soon have a brand new brewhouse. Cooperstown Brewing Company, which brews premium ales, porters and stouts using two-row English barley malts, West Coast hops and English Ringwood Yeast; Butternuts Beer & Ale, whose ingredients include hops and wheat grown on its 120 acre farm; and Brewery Ommegang, known for its award-winning, Belgian-style ales, distributed in 45 states and Sweden, and getting special attention this year with its new Iron Throne ale, licensed in partnership with HBO’s Game of Thrones. The trail also includes two wineries and the Fly Creek Cider Mill. At each location, visitors can enjoy tastings, take a tour for a close-up look at how the beverages are made and purchase their favorite drinks at the specialty shops.

FINGER LAKES
Long known for its quality wines, New York’s Finger Lakes region also has the largest concentrations of craft breweries in the state. In fact, the Finger Lakes Beer Trail website lists nearly 50 existing craft breweries and brew pubs in the region with more in the planning stages. The site also suggests a choice of a long and a short one-day itinerary taking in some of the area’s top craft breweries. More suggested itineraries and breweries can be found here: http://fingerlakesbeertrail.com/content/itineraries.

Plus, new brews are always being rolled out. Some of the interesting developments in the Finger Lakes include Lager-Rhythm, by Horsehead’s Brewing in Horsehead, brewed with yeast and hops imported from the Czech Republic and the Smokin' Hop IPA from Rooster Fish Brewing in Watkins Glen, made with hops smoked with cherry and maple woods.

Continuing to Watkins Glen, the trail takes in the Rooster Fish Brewery, which serves its fine craft ales at the Crooked Rooster Brewpub and the Wildflower Café, known for its beer pairing menu suggestions. In Hammondsport, the Finger Lakes Beer Company offers tours on non-brewing days, a tasting room with large windows into the brewery, and growler fills as well as bottles of its Aviator Wheat, Newton's Pale Ale, Copperline Ale and Hammonds-Porter Vanilla Porter. The tasting room at the Keuka Brewing Co overlooks Keuka Lake, offering a wide array of premium ales including their White Cap Wazz-berry, White Cap Wheat and Briglin Road Red.

ADIRONDACKS
While not an organized itinerary, the Adirondacks are also a fun and scenic place for brewery hopping. Glens Falls has two breweries. Davidson Brothers Restaurant & Brewery uses an authentic brick kettle brew system from England to create its traditional IPA and other brews, and the pub at Cooper's Cave Ale Company offers a variety of ales on tap along with hand-crafted sodas and ice cream. Nearby, in Lake George, the Adirondack Pub & Brewery offers twelve beers on tap, including its award-winning Bear Naked Ale, and a fascinating brewery tour. A bit farther north, the Lake Placid Pub and Brewery has earned national media attention and brews about 300,000 pints a year, placing it in the top 7% of breweries nationwide.

LONG ISLAND
On the shores of eastern New York, award-winning Blue Point Brewing Company continues to make a name for itself and New York State in the sphere of brewing. It is consistently among the top breweries in the US, offering a variety of year-round beers, and several seasonal brews, as well as a 'tasting room' which is open to the public. Long Island’s Craft Brewery Guild includes four brew pubs and 13 breweries from Nassau and Suffolk while its brewery trail also encompasses Brooklyn and Queens.

The innovation and attention to quality local ingredients that mark New York State craft brews has resulted in rich, complex flavors that rival fine wines for distinctive taste. In fact, many of the state’s top restaurants now have beer sommeliers that select brews and often suggest beer-food pairings. Another novelty is that many brewers are now serving their flavorful brews in growlers, 64-ounce jugs that resemble old-fashioned moonshine bottles.

Some things to be aware of: Most brew pubs offer tasting flights for purchase, but some only serve pints. Breweries with tasting rooms usually charge a small fee for tastings (usually $3-$5) and require reservations for groups of six or more. Many do not offer tours daily, so check in advance. And most important, wherever you go, use a designated driver, or better yet, go in style in a town car, limo, or even a stretch Hummer and leave the driving to somebody else. For more information, visit http://www.thinknydrinkny.com and http://www.iloveny.com or follow the conversation on Twitter to follow the Hashtag #BrewNY.

About New York State
New York State features 11 beautiful vacation regions. New York’s attractions span from landmarks such as Niagara Falls, to the wine trails of Hudson Valley and treasures like the Baseball Hall of Fame in Cooperstown. Whether it’s wide-ranging outdoor activities for the whole family like fishing, hiking and boating, culinary wonders and farm-to-table fresh foods, or the rich history and culture of one of the 13 original colonies, New York State offers diverse activities for all travelers. For more information, visit http://www.iloveny.com. Media can find press releases and more at http://thebeat.iloveny.com.

Follow the I LOVE NY social media channels for news on tourism in New York State. From NYC to Niagara Falls and all points in between, there's so much to love to LOVE in NY! Check out I LOVE NEW YORK on Facebook, Twitter and Instagram for great ideas for your next getaway.