Authorities believe the four people were the only victims in Friday’s crash. 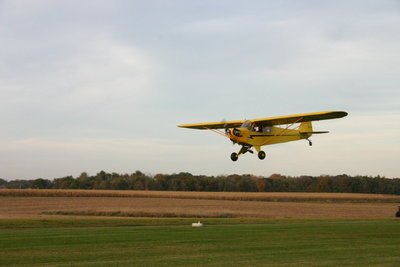 Fire Department officials from Connecticut said they pulled four bodies from the wreckage of a plane crash. A small plane crashed into two homes on Friday morning in East Haven, Conn.

Although it was originally reported that as many as six people had died in the crash, officials now believe that the two passengers and two children inside one of the homes were the only victims.

The plane was piloted by Bill Henningsgaard, a former Microsoft Executive. According to Fox News, he was attempting to land at Tweed New Haven Airport.

It is still unclear what went wrong with Henningsgaard’s plane. Witnesses in the area said that as soon as they saw the low-flying aircraft, they knew something was wrong.

Henningsgaard’s son, 17-year-old Maxwell, was also on board the plane. They took off from New Jersey to look at colleges. It is also believed that two children inside one of the houses, ages 1 and 13, are among the four bodies recovered at the site of the crash. Their mother was also inside the house, but managed to escape.

Henningsgaard’s brother announced that the two had perished in the crash on Saturday morning. They found out that it was Henningsgaard’s plane after identifying the tail number.

The multi-engine plane had missed an approach at Tweed New Haven, but air traffic controllers said they did not receive any distress calls as Henningsgaard was attempting to land in the rainy weather.

This was not Henningsgaard’s first plane crash. In 2009, he was flying a small plane from Astoria to Seattle when the engine failed. He attempted to glide the plane to an airport, but ended up crashing into the Columbia River after a five minute descent. Henningsgaard and his mother were able to climb out on a wing and were rescued.

A vigil for the victims of the crash will be held on Saturday night at Margaret Tucker Park.