Joesph Beer has hired a criminal attorney to represent him, though the Nassau County District Attorney's office has not filed charges, pending toxicology and crash scene analysis.

Joseph Beer, the 17-year-old driver of the vehicle that crashed early Sunday morning on a perilous stretch of the Southern State Parkway, has hired an attorney.  Todd Greenberg, a criminal attorney from Forest Hills, Queens now represents Beer.

Four of Beer’s friends were expelled from the vehicle, a Subaru Impreza that split in two upon impact with trees lining the road, died instantly and were pronounced dead at the scene.
The Nassau County District Attorney’s office has said it is too soon to make any charges, pending toxicology and crash reenactments.  Beer’s blood is being tested for drugs and alcohol, though he was operating a vehicle with only a Learner’s Permit.
Beer, the only survivor, was treated for his injuries at Winthrop-University hospital and has been released.  He admitted to investigators that he and his friends were smoking marijuana before getting behind the wheel on Sunday morning. 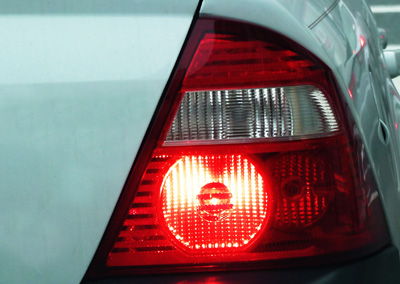 Beer was described by friends and neighbors as a smart, straight-A student who rarely got into trouble.  The victims were all described as popular students and graduates from Richmond Hill High School in Queens.  It is still unknown where the group was heading as they drove westbound on the Southern State Parkway.  Investigators so far have said that the accident occured when Beer "failed to negotiate a curve."
Funeral services have been held so far for two of the victims, Christopher Khan, and Darian Ramnarine, both from Ozone Park, were held on Wednesday.
Greenberg has made no comments on behalf of his client so far, out of respect for the victim’s families.
Share your thoughts on this article by posting your comment below or visiting our Long Island Living discussion forum.