A transport helicopter carrying 10-11 people was quickly beset by Taliban soldiers after being forced into a rough landing in a mountainous region. 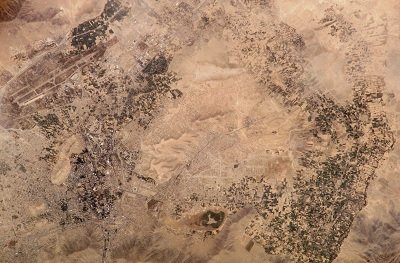 A helicopter flying over the mountainous Azra district in Afghanistan was forced to make an emergency landing due to bad weather last night. The sparsely populated area is predominately controlled by the Taliban, which uses it to cross back and forth over the Afghan-Pakistani border.

"Mujahideen immediately surrounded the chopper, detained [the] foreigners aboard and completely destroyed the helicopter, which belongs to the foreign forces, by setting it alight," said Zabihullah Mujahid, a spokesman for the Taliban in an e-mail to news organizations. All passengers and crew were captured alive and are being transported to “the most secure region of the nation” according to Mujahid. Presumably, “the most secure region” is an insurgent stronghold.

The Taliban is claiming that the captives are NATO troops with US military uniforms who were posing as civilians, but there is no reason to believe the accuracy of such assertions. Reports from the governor’s office of Logar, Afghanistan on the nationalities of the captured men vary slightly: one states that they are comprised of 7 Turkish engineers, 2 Russian pilots, and 1 Afghan interpreter; another that they were 8 Turks, 1 Afghan, and 2 pilots of unknown origin. The Russian embassy in Kabul has confirmed at least one of the pilots to be Russian.

The private helicopter was transporting mechanical supplies and staff from the province of Khowst to Kabul before it was forced into a hard landing. It was charted via Khorasan Cargo Airlines, which specializes in medical evacuation, troop and cargo transportation, and civilian logistics services.

A rescue mission launched by the Afghan government is ongoing.