A motorcyclist was killed on Express Drive North and Lincoln Boulevard in Hauppauge. 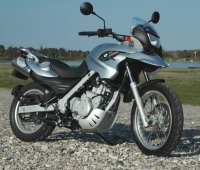 Boanerge Arias was driving a 1994 Nissan Quest with his wife, Rosa Servellon, north on Lincoln Boulevard when he was struck by a 2012 Kawasaki, operated by Robert Wesolowski, that was travelling westbound on Express Drive North. Wesolowski, 40, of Lincoln Blvd., Hauppauge, was pronounced dead at the scene by a physician assistant from the Office of the Suffolk County Medical Examiner. A female passenger on the motorcycle, who has not been identified, was transported to Southside Hospital in Bay Shore in serious condition. Servellon was also transported to Southside Hospital with non-life-threatening injuries. Arias was not injured.

Arias, 25, of Yalta Drive, Central Islip, was issued a summons for Unlicensed Operation of a Motor Vehicle. The vehicles were impounded for a safety inspection. The investigation is continuing. Anyone with information is asked to call the Fourth Squad at 631-854-8452 or anonymously to Crime Stoppers at 1-800-220-TIPS.