A man has been arrested on Marcy Street in West Babylon. 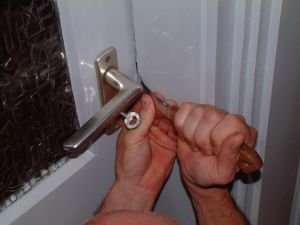 In connection with the burglaries, Forgione, of 155 Marcy St., West Babylon, was arrested at approximately 11:10 a.m. and charged with nine counts of Burglary 2nd Degree and one count of Burglary 3rd Degree and Grand Larceny 4th Degree.

Forgione was also charged with Escape 2nd Degree for escaping from the First Precinct yesterday where he was being held on the burglary and grand larceny charges. He was located nearby a short time after the escape.

Forgione is being held at the First Precinct and is scheduled to be arraigned at First District Court in Central Islip on August 1.

Detectives are asking anyone with information related to these crimes or any other crimes committed by Forgione to call the First Squad at 631-854-8152 or Crime Stoppers at 1-800-220-TIPS. All calls will be kept confidential.