Print Email
Nassau County Executive Edward Mangano will be joined by the Nassau County Health Department Commissioner Dr. Lawrence Eisenstein and Legis. Dave Denenberg on Wednesday evening to discuss West Nile Virus as well as mosquito control and related concerns.  The forum is open to the public and will be held at 7:30 p.m. in the Freeport Memorial Library on Merrick Rd.
While your chances of being infected by a mosquito bite are very small, West Nile Virus can be life threatening.  The virus can be transmitted through bites from infected mosquitoes to humans and some animals.  Since the first recorded case of WNV in 1999, 490 human cases and 37 deaths due to the virus have been reported within the state. 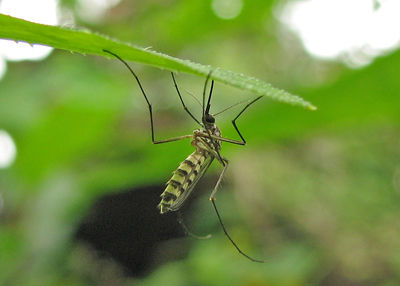 As if WNV wasn’t enough, another, less reported but more serious virus called “triple E,” which stands for eastern equine encephalitis, can infect humans, horses and other mammals, as well as some birds, amphibians and reptiles.  Nationwide, between five and ten cases are reported each year, make EEE a far less common disease.  There have only been five reported cases of EEE in New York State since 1971, all resulting in death and all occurring in Oswego and Onondaga counties.  About one in three EEE patients die from the virus, while many survivors endure mild to severe brain damage from the rest of their lives.
According to the New York State Department of Health, most people infected with these viruses do not develop any symptoms.  Symptoms would usually occur 3-15 days following a bite from an infected mosquito, and the symptoms of the two diseases are very similar.  Mild cases include fever, body and headache, and often times a rash or swollen glands.  Severe cases of WNV and EEE include a sudden onset of headaches, high fever, muscle stiffness, tremors and convulsions, paralysis, encephalitis or meningitis, and even coma.
People with mild cases usually recover quickly, but there is no treatment for either EEE or WNV.  Hospitalization is used for the severe cases, and the symptoms of the disease are treated.  While these viruses are very serious, there are simple precautions you can take to reduce your chance of contracting either WNV or EEE.  First, wearing long sleeves and pants when outside in active mosquito areas reduces your chance of being bitten.  Apply Insect repellent to any exposed skin.  Eliminate standing water near your home that may act as a mosquito breeding ground, and check the screens in your home’s windows and door to make sure they are properly secured and repair any small holes.
Share your thoughts on this article by posting your comment below or visiting our Long Island Living discussion forum.