Former Knick and Net player and new head coach of the Brooklyn Nets, Jason Kidd, plead guilty to a DWI charge and will speak to LI high school students. 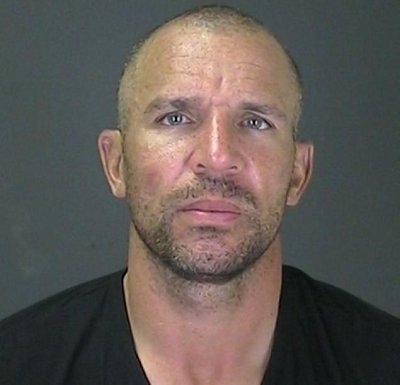 After a successful final year as a player spent with the Knicks, Jason Kidd returned to his former team to try his hand as a head coach last month. Before he could progress into the 2013-14 season, however, he had some unfinished business from 2012 to take care of.

While driving his Cadillac SUV through the Hampton village of Watermill on July 15, 2012, Kidd lost control of his vehicle and crashed into a utility pole. He was treated at a local hospital for minor injuries (a cut on his head and right hand) and no one else was harmed in the accident, but when police arrived he refused to take a breathalyzer test.

According to Suffolk County District Attorney Thomas Spota, his “breath and person smelt strongly of an alcoholic beverage, he had slurred speech, [was] very unsteady afoot and had bloodshot, watery and glassy eyes.”

Kidd was charged with Driving While Intoxicated 1192.3—an unclassified misdemeanor alleging the accused displayed characteristics of drunkenness—and admitted to having “three or four” drinks before a judge this past Tuesday.

In exchange for his guilty plea, Kidd will avoid the potential 3 years’ probation in exchange for a temporary probation and agreement to speak to high school students on Long Island about the dangers of drunk driving. As long as he fulfills that commitment, his sentence will be commuted to a violation—driving while ability impaired—on September 30 when he is due back in court.

Mothers Against Drunk Driving issued a statement that the punishment does not go far enough and urged for an ignition interlock device to be installed on his car. "MADD urges every state to demonstrate that they take drunk driving seriously by passing all-offender ignition interlock laws and prosecuting drunk driving to the full extent of the law.”

DA Spota disagreed, saying “He's a role model to kids and other people. And he's going to have the opportunity to talk to them about the foolish mistake that he made and the fact he took responsibility for his actions. That is for me more important than three years' probation.”

The Nets organization, which will be holding a press conference to introduce newly acquired players Kevin Garnett, Paul Pierce, Andrei Kirilenko and Jason Terry at noon today, issued a statement stating “Jason has taken responsibility for his actions, and fully realizes that he needs to grow from this experience. We are confident he will make these strides on a personal level and have a positive effect on others as well.”