Yoselyn Ortega, the Manhattan nanny accused of killing two of the young children in her care, pleaded not guilty to multiple counts of murder yesterday.

Yoselyn Ortega, the Manhattan nanny accused of stabbing two children to death in the Upper West Side apartment of CNBC executive Kevin Krim, pleaded not guilty on Wednesday to multiple counts of murder.  Ortega, who had remained in a catatonic state after being put in a medically-induced coma, was officially indicted last week as her condition allowed police to conduct an interview. 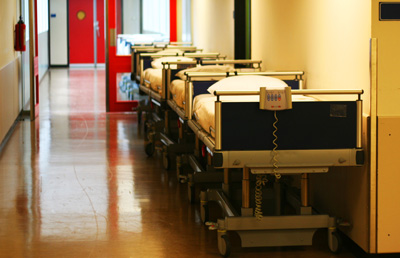 She has been held under police guard at New York-Presbyterian/Weill Cornell Medical Center since the Oct. 25 killings.
The children, Leo and Lucia Krim, ages 2 and 6-years old, were discovered by their mother Marina Krim, discovered her two children in the family’s bathtub with multiple stab wounds.  Ortega was found trying to slash her own throat.
The Supreme Court arraignment took place in the hospital, with Ortega handcuffed to her bed.  Her attorney, Valerie Van Leer-Greenberg, entered the not guilty plea, before Judge Lewis Bart Stone ordered Ortega to be held without bail.  Ortega will be undergoing a psychiatric exam.
Ortega was close with the family for whom she had worked for over two and a half years, and the Krim’s had even travelled to the Dominican Republic to visit Ortega’s family.
If convicted, Ortega faces life in prison without parole.
Share your thoughts on this article by posting a comment below or by visiting our Long Island Living discussion forum.