While the Mets had a rough week for the most part, the rest of New York has had plenty of reason to celebrate. 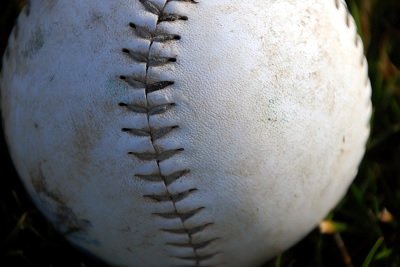 The Yankees began their series against the Diamondbacks with a heart-rending tribute to Boston and those impacted by the Marathon bombing. In the first game New York trailed 2-0 in the third inning, but quickly turned things around and found themselves up 3-2 in the fourth. They went on to win 4-2, giving Ivan Nova his first win of the season and Mariano Rivera his third save.

CC Sabathia started the next game and was quickly hit for 2 runs in the first inning, then gave up another in the fifth. CC hung in there, however, as he waited until the seventh before finding any run support. A bases loaded walk drove in the Yanks’ first run, and Brett Gardner took advantage of a prime situation to smack in two more on a single which tied the game at 3 apiece. Hafner homered in the eighth to give the Yankees a 4-3 victory. Sabathia got his third win and Rivera took his fourth save.

Phil Hughes had his strongest start of the young baseball season the following day, but the team found itself in need of a late-game rally yet again. Down 2-1 in the bottom of the ninth, Francisco Cervelli gave them just the lift they needed when he belted in his second homerun this year to force extra innings. Unfortunately the Yankees could not capitalize on the opportunity he provided, and fell 6-2 in the twelfth.

Despite the loss, the team still took the series. They turned their attention to Toronto last night, where they drove in nearly as many runs in one game as they had in the previous three.

Travis Hafner got things started with an RBI double for the first of two runs in the opening inning. Hafner added a homer in the third, and Eduardo Nunez drove in two more on a sacrifice fly. The hits came again in the sixth and seventh innings, giving New York a 9-4 win. Andy Pettitte improved to 3-0 as he returned to the mound after suffering from back spasms 11 days ago.

The Yankes will continue the series at 1:07 PM today and finish it at the same time tomorrow.

The Mets had a rough time in Colorado this week. After taking a 2-0 lead in the first and reestablishing themselves to go back up 3-2 in the fourth and 4-2 in the fifth, they fell behind once more to lose 8-4 in the early game of a double-header.

The night game looked like it would go much smoother when, after already leading 3-1, they drove in 5 runs on four RBI singles off the bats of Byrd, Turner, Tejada, and Valdespin in the fifth inning. Unfortunately, the Rockies answered with 4 of their own in the bottom of the inning and added 2 more in the eighth to force extra innings. The Rockies won 9-8 in the tenth.

Wednesday’s game was postponed, but the Mets might have been happy for the reprieve. Thursday’s matchup handed them the most decisive defeat. Jon Niese left the game for the seventh inning with a 3-2 deficit only to see his bullpen crumble as the Rockies blasted them for 6 runs. The Mets would lose 11-3.

After being swept in 3 of what was originally scheduled to be a 4 game series, the Mets found their footing against Washington last night. They got to Strasburg early, knocking in 2 runs in the first inning. They hit him for 2 more in the sixth, then picked up another 3 runs off a pair of homers from Davis and Duda in the eighth. The Mets won 7-1, and Harvey improved to 4-0.

The Mets will continue the series at 3:05 PM today.

After losing the last game of the season series against their crosstown rivals, the Islanders have managed to stay a step ahead of the Rangers in the NHL East standings. They started with a trip to Florida where they found the offense so sorely missing from last week’s home game.

Moulson got the night started with a goal 8 minutes into the first period. Streit contributed a second goal nearly four minutes later, and Grabner put the Islanders up 3-0 shortly thereafter. The Panthers managed to get on the scoreboard before the period ended.

Slightly over 3 minutes into the second Martinek added another goal to New York’s tally, and Grabner added his second of the night 14 seconds later. Florida picked up another goal, but that would be their last. Nabokov stopped 26 of 28 shots as his team won 5-2.

Thursday’s match against the Maple Leafs began much more poorly for the Islanders, as they found themselves down 2-0 early in the first. Boyes sparked a rally before the ten minute mark and Moulson joined him to tie the game.

Tavares gave the Islanders a lead 17:24 into the first, then added to it with the sole goal of the second. Nielson made it 5-2 in the third before Toronto picked up a third goal at the end of the game to finish 5-3. Nabokov blocked 18 of 21 in the win.

The Islanders will start the last week of the regular season in Winnipeg at 3:00 PM tomorrow.

The Rangers spent little time in contention when they faced the Flyers on Tuesday. Philadelphia did all the scoring in the first, going up 2-0, and did not take long to reestablish their 2 goal lead after Zuccarello put the Rangers on the board in the second. Stepan brought the game back within 1 in the third, but the team’s inability to score another goal led them to empty the net and allow the Flyers to take a 4-2 win. Lundqvist stopped 18 of 21 in the defeat.

Having now only scored 3 times in two games, the Rangers were sure to step their offense up when they hosted the Panthers on Thursday. Brassard started the scoring with a shot 3 minutes into the night and was joined by Nash six minutes later. Florida brought the game back within 1  before the end of the period, but Zuccarello put New York back up by 2 in the second.

The score remained 3-1 for nearly the rest of the night, but Zuccarello picked up his second goal 15:11 into the third and was quickly followed by Brassard’s second. Richards rounded things out and Lundqvist stopped 34 of 35 in a 6-1 win.

Last night’s bout with the Sabres saw New York stack up an even greater number of goals. Hagelin, Richards and Clowe strung together a trio of goals in rapid succession during the first period’s final 80 seconds. Stralman kept the onslaught moving 1:13 into the second, and Richards picked up his second half a minute later.

Nash had the Rangers up 6-0 before Buffalo scored its first two goals of the game. Another shot by Callahan and a third for the Sabres led to a spread of 7-3 entering the third period.

Richards finished out the hat trick in the third, and Lundqvist ended the night having blocked 24 of 28 in an 8-4 victory.

The Rangers will start and end the last week of the regular season with a matches against the Devils. They play tomorrow at 3:00 PM.

The Knicks took a 7-man approach to their end of the regular season, but found much more success with it against the Hawks than they did against the Bobcats.

New York jumped out to a 25-16 lead in the first quarter, which gave them all the room they needed to  take the game. Atlanta made a small dent into the spread in the second quarter, but could only manage to keep pace for the remaining quarters, eventually falling 98-92.

Despite dislocating his shoulder, Chris Copeland led the team with his second 30+ night in as many games, racking up 33. White backed him up with 20 and Shumpert posted 18; Earl Barron had a double-double with 18 rebounds and 11 points.

The Knicks end the regular season with a record of 54 wins and 28 losses. They will kick off the postseason at 3:00 PM today, initiating a series against the Celtics.

Nets Warm Up for Chicago

The Nets took a different approach to their last game from the Knicks, letting their whole team get a taste of the action.

Brooklyn led Detroit 29-18 after the first quarter and added to that lead over the next two. The Pistons rallied in the fourth and came close to overcoming the deficit, but fell 103-99 at game’s end.

Lopez led the team with 20 points in as many minutes, followed by Blatche with 15 off the bench. Humphries contributed 11, and Johnson shot for 10.

The Nets end the basketball season with a record of 49 wins and 33 losses. They will start the postseason with at 8:00 PM tonight, beginning a series with the Bulls.