Jason Kidd finished his playing career as a Knick this year, but he will be spending his 20th NBA season as a coach in Brooklyn. 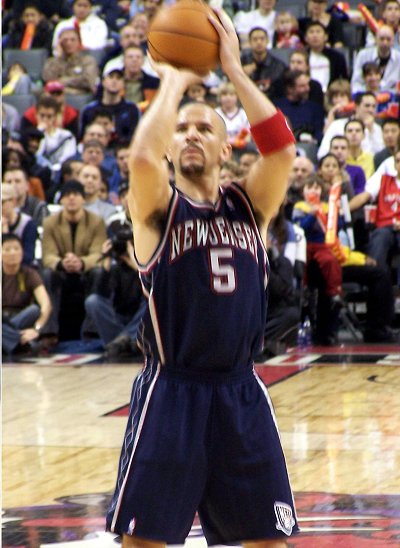 The Brooklyn Nets had what was widely considered a successful season for the franchise this year, advancing to Game 7 of the first round of NBA playoffs before ultimately falling to the Chicago Bulls. Evidently the first round was not far enough for the organization, as it released interim head coach PJ Carlesimo shortly after elimination and has been on the hunt for a replacement ever since. That new blood has been found in the form of an old friend, Jason Kidd, who helped the team reach two straight NBA finals in 2002 and 2003 during his 2001-2008 tenure in New Jersey.

Kidd entered the league as a Dallas Maverick in 1994, where he returned for a four-year period in 2008 and went on to win his only NBA championship in 2011; he also won 2 gold medals as part of the US Olympic team in 2000 and 2008. Most recently, he played his 19th season as a part of the New York Knicks, making it to Game 6 of the semi-finals this year before losing to the Pacers, but for his 20th season the 40-year-old will be coaching the team he spent more time with than any other.

“Jason Kidd has a long and legendary history with the Nets and with the city of New York," said Nets-owner Mikhail Prokhorov. “He has the fire in the belly we need, and has achieved as a player everything the Brooklyn Nets are striving to achieve. We believe he will lead us there.”

In addition to two Eastern Conference championships as a player with the Nets, Kidd ranks first on the team’s all-time list for assists (4620), steals (950), three-point shots made (813), and triple-doubles (61). He is also fourth in points scored (7373) and rebounds made (3662), and holds the record for Nets post-season points, assists, steals, rebounds, field goals made/attempted, three-point field goals made/attempted, as well as total minutes and games (78) played.

“Jason is a proven winner and leader with an incredible wealth of basketball knowledge and experience,” said Nets General Manager Billy King. “This will be a natural transition for him to move into the role of head coach, as he embodies the tough, smart and team-first mentality that we are trying to establish in Brooklyn.”

Of the new position and his return to the Nets organization Kidd said “This is a tremendous opportunity to be named head coach of the Brooklyn Nets, and it's a role I have been studying for over the course of my playing days. Championship teams are built on being prepared, playing unselfishly and being held accountable, and that's how I expect to coach this basketball team. I am truly excited about this next phase of my basketball career.”