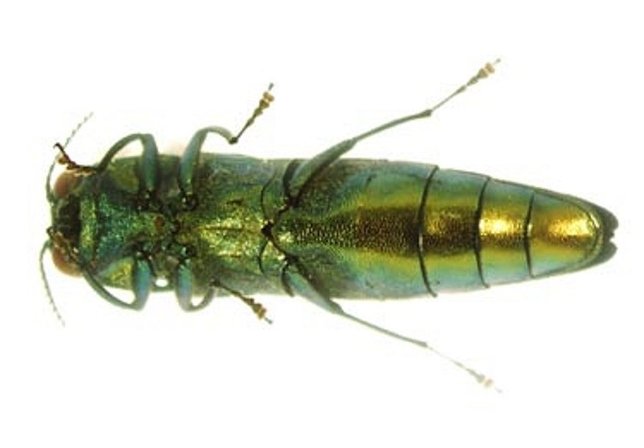 "Invasive Species Awareness Week is an opportunity to highlight the environmental and economic threats invasive species can pose and raises awareness of the many ways that all New Yorkers can help protect against unwelcome species in their communities," said Commissioner Seggos.

"Prevention is the most cost effective strategy and through the Environmental Protection Fund and other funding sources, New York is making significant investments in the fight to addresses their spread. In the height of the outdoor summer season - whether you are camping or boating or hiking or fishing - everyone can help keep invasive species from spreading."

State Agriculture Commissioner Ball said, "Invasive species can have a costly impact on agriculture, the environment, and our economy. It's important that we all do our part to keep invasive species out of our communities and away from our natural resources. During Invasive Species Awareness Week, I encourage all New Yorkers to learn what they can do to help eradicate these pests and prevent them from spreading."

Invasive species cause harm because of their ability to reproduce quickly, outcompete native species, and adapt to new environments. Because invasive species did not evolve with the other species in their new location, they often do not have natural predators and diseases that would normally control their population within their native habitat. Economists estimate that invasive species cost the United States more than $120 billion in damages every year.

During ISAW, the Partnerships for Regional Invasive Species Management (PRISMs), iMap Invasives, Cornell Cooperative Extension, DEC, and additional state and local partners will host activities to inform citizens how to identify, survey, map, report or manage invasive species. Those attending will be able to help remove invasive species from public lands, join experts on the trails or on the water to see invasive species firsthand, attend presentations to learn more about what can be done to help fight these threats, and more.

In addition, all citizens are asked to consider how their everyday activities may affect the spread of invasive species and use the following best management practices: clean, drain and dry watercraft and gear after boating and fishing; use non-invasive plants in gardens and landscaping; use local firewood; and learn about, look for and report invasive species.

New York is working persistently to fight invasives such as emerald ash borer, which has spread across the state on wood packaging and firewood, threatening to kill millions of ash and cause a negative impact on the timber industry in the millions of dollars. This includes baseball bat manufacturers and bats used in Major League Baseball. Hemlock wooly adelgid is another threat, killing thousands of acres of hemlock in the lower Hudson Valley and Catskills. Shade provided by hemlock is important for maintaining cool water temperatures for New York's many trout streams.

Oak wilt, first discovered in 2008, has cost NYS approximately $500,000 to control. Some midwest states spend over $1 million a year to control it but NY has kept costs down by aggressively surveying and eradicating infestations quickly while they are small. Oak is an important species because of the wildlife (deer and turkey among others, big for hunting) that depend on the acorns.

The Invasive Species Prevention Act was signed into law in 2012 to prohibit or limit the sale and transport of known invasive plants and animals that threaten our communities and natural areas and last year the Governor signed a law to prevent the spread of disease-carrying, aggressive Eurasian boar to protect our farms and fields. The DEC is also implementing important regulations that restrict the movement of untreated firewood, as well as emerald ash borer quarantines, which prevent the spread of potentially infested materials, and new regulations for controlling the spread of aquatic invasive species at DEC-owned boat launches, fishing access sites, and waterbodies.

Additional information and a complete list of events are available on the NY Invasive Species Awareness Week website.

As part of Invasive Species Week, DEC and State Parks will co-host a film screening titled "The Hemlock Woolly Adelgid: A Film About the Loss of an Ecosystem." The event will take place at the Madison Theater in Albany on Thursday, July 14, beginning at 6:00 p.m. with exhibits from local conservation organizations in the lobby. The film starts at 7 p.m. with an opening message from filmmaker Chris Foito.