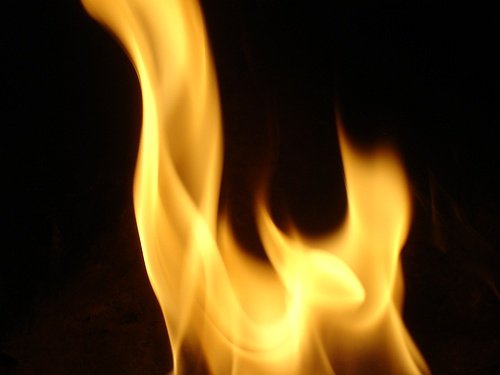 "Thanks to the hard work of our ECOs and Forest Rangers, we may have prevented a number of wildfires during this especially dry spring," Martens said. "In addition, we want to remind everyone that the open burning of garbage is never legal in New York and we will strictly enforce all open burning regulations."

DEC issued the tickets during the two-month burn ban that ran from March 16 through May 14. The charges included 144 violations, 213 misdemeanors and nearly a dozen written warnings for infractions including leaving an unattended fire, burning during the burn ban, unlawful disposal of solid waste (for burning garbage) and setting a fire that endangers the property of another. The number of tickets written this year is up 58 percent from 2014 and up 64 percent from 2013. The tickets carry penalties of up to one year in jail and a $33,500 fine.

In April, ECOs wrote four tickets to a Schoharie County man for causing a wildfire that burned 80 acres in the town of Middleburgh. After a lengthy investigation, the local ECO determined that an individual burning garbage in a burn barrel sparked the wildfire. The Roosa Gap Fire in Sullivan County and Ulster counties, which scorched more than 2,700 acres, remains under investigation.

New York prohibits residential burning during the high-risk fire season to reduce the number of wildfires and protect people, property and natural resources. Since being enacted in 2009, the ban has been very effective in reducing the number of wildfires across the state. Open burning of debris is the largest single cause of spring wildfires in New York. When temperatures are warmer and grasses and leaves dry out, wildfires can start and spread easily and be further fueled by winds and the lack of green vegetation.

In addition to causing wildfires, the open burning of garbage is a significant public health threat. Burn barrels typically have fires that burn at much lower temperatures than large industrial incinerators, resulting in harmful fumes released into the air and hazardous materials remaining in the ash. A 1997 study conducted by the New York State Department of Health and the U.S. Environmental Protection Agency found that a single backyard burn barrel can produce 17 times as much dioxin as a modern municipal waste incinerator.