The Link Between Animal Abuse and Domestic Violence 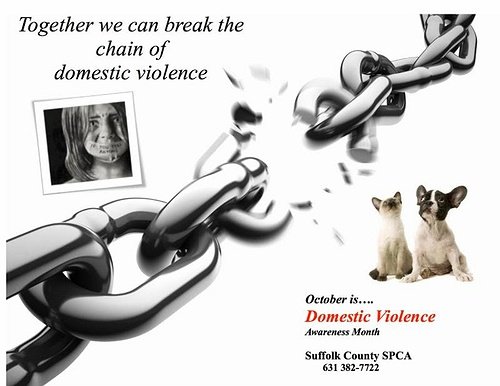 Whenever an animal is abused, a chain reaction begins. The evidence of a link between cruelty to animals and violence to humans is compelling. A person who harms animals will likely harm humans -- and a person who harms humans will almost certainly harm animals. By taking action against animal cruelty, we not only prevent animal suffering, but also uncover and perhaps prevent additional crimes. Please report animal cruelty. Together we can break the break the chain of domestic violence!