A motorcyclist was seriously harmed on Route 25, east of Highview Avenue in Selden. 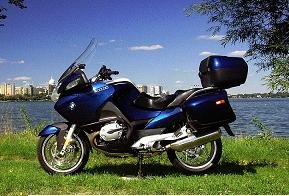 Joanna Wudarkiewicz-Tarach was driving a Toyota 4Runner eastbound on Route 25, just east of Highview Avenue, when a motorcycle, operated by William Ventura, struck the rear of the vehicle. While the motorcycle was on the ground, it was struck by a SUV. The driver of the SUV got out of the vehicle, spoke to Wudarkiewicz-Tarach, 44, of Selden, and then fled the scene.  Ventura, 22, of 38 Williams Ave., Holtsville, was transported to Stony Brook University Medical Center in serious condition.

Witnesses describe the hit-and-run driver as a woman, possibly Hispanic or Indian, and approximately 50 years old. The SUV was described as large and silver or grey.

The investigation is continuing. Anyone with information is asked to call the Sixth Squad at 631-854-8652 or anonymously to Crime Stoppers at 1-800-220-TIPS.