Raymond Ragen, 44, of Mineola, has been indicted on multiple felony charges after the cement truck he was operating crashed into an overpass and collided with a school bus last July. 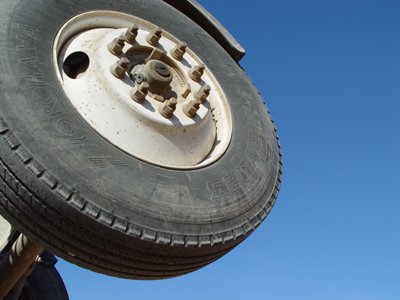 The cement truck driver who crashed his vehicle into an overpass and school bus last July has been charged with multiple felonies after the ensuing investigation revealed he was under the influence of Valium at the time of the crash.

The bus driver was killed in the collision on Matinecock Road, an attendant was seriously injured and four children were also hurt.
Raymond Ragen, 44, of Mineola, has been charged with aggravated vehicular homicide, second degree manslaughter, aggravated vehicular assault, first degree vehicular assault, driving while impaired by drugs, reckless driving, reckless endangerment, unlicensed operation of a vehicle, two counts of criminal possession of a controlled substance, and driving while talking on a cell phone.
According to Nassau County District Attorney Kathleen Rice, Ragen was driving a 40,000 pound, 13-foot 3-inch high cement truck in the eastbound lane of Matinecock Road in Oyster Bay around 3:15 p.m. when he crashed into a 10-foot high LIRR overpass.  Ragen lost control of vehicle, which spun into oncoming traffic and struck the minibus carrying special needs children driven by Jorge Guevara, 44, of Locust Valley.
Guevara suffered multiple internal injuries, and one of his legs was all but amputated.  He died thirty minutes after the accident, still pinned within the bus.
The 64-year-old bus attendant suffered a broken and dislocated hip and broken wrist.  He is now wheelchair bound, and can only walk with the use of a cane.
One child suffered a broken jaw and multiple facial lacerations including a detached lip, which caused permanent facial.  All of the children onboard were between the ages of six and nine.
“The incredible violence and pain inflicted upon Mr. Guevara cannot be overstated, nor can the physical and emotional trauma suffered by the other five bus passengers,” Rice said. “We must continue to hold people like Raymond Ragen accountable for the danger they pose and the irreparable damage they cause when they get high and then get behind the wheel.”
Ragen’s GPS revealed that he was aware of the low overhang, as he had driven up to the same overpass earlier in the day and was forced to make a U-turn.
His bail was set at $750,000, and his next court appearance has been set for Feb. 20.
Share your thoughts on this article by posting a comment below or by visiting our Long Island Living discussion forum.