A Connecticut woman was arrested for prostitution in East Meadow; Capital One bank in Babylon was robbed; Medford crash claims a teen’s life. 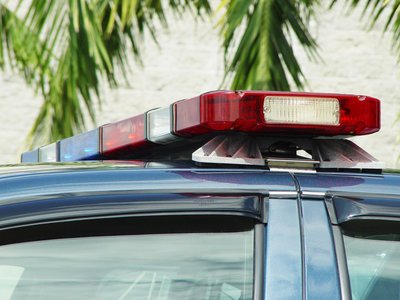 According to a report from the East Meadow Patch, the conversation allegedly took at a motel in East Meadow. Cummings is from Enfield, Conn.

Cummings was scheduled for arraignment on Sunday at the First District Court in Hempstead.

Bank Robbed in Babylon
A Capital One bank located on Little East Neck Road in Babylon was robbed shortly after noon on Friday, according to a press release from Suffolk Police.

The man entered the bank and verbally demanded cash from the bank teller. The teller complied, and the man fled from the scene in a light colored work van, heading north on Tappan Avenue.

Suffolk County Police are currently investigating the robbery, and said that the suspect is a white male, approximately 5 feet 8 inches tall, and was wearing a red or maroon hooded sweatshirt at the time of the robbery.

Anyone with information regarding the robbery should call Crime Stoppers at (800) 577-TIPS. You can also report information through their website at www.nypdcrimestoppers.com, or by texting 274637 (CRIMES) and then entering TIP577. Tips given to Crime Stoppers will be kept anonymous.

Police Investigating Deadly Crash in Medford
A teen was killed in a motor vehicle crash early Friday morning in Medford. Suffolk County Police are currently investigating the crash that claimed the life of 16-year-old David Ross of Middle Island.

According to a press release from Suffolk Police, Ross was ejected from the vehicle after driver David Longford lost control, crashed into a tree and overturned the 2002 Toyota. The crash took place around 1:20 a.m. Ross was pronounced dead at Brookhaven Memorial Hospital Medical Center in East Patchogue.

Longford was issued a summons for Unlicensed Operation of a Motor Vehicle.