The MTA has released stunning photographs of the construction project taking place underneath NYC’s surface. 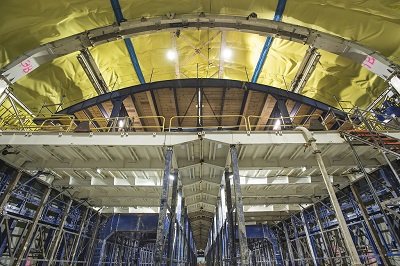 Long Islanders reliant on the LIRR have been having a rough time getting around in recent weeks. Weekend construction along the Port Jefferson line over the past several weeks has disrupted the paths commuters from Port Jeff to Huntington would normally travel, and a train derailment in the East River tunnel caused multiple delays earlier this week. Fortunately, work is also being done to alleviate congestion for commuters and Manhattan residents alike

New York City’s new 2nd Avenue Subway will reduce overcrowding along the Lexington Avenue line by an estimated 23,500 riders on the average weekday, and could cut travel time by as much as ten minutes for many passengers. It will be the city’s first new subway line since 1932.

Construction of the new passage is planned to take place in four phases. The first, which will service 63rd Street through 96th Street, is expected to finish in December of 2016, at which time the LIRR intends to add direct service straight from Long Island to Grand Central Terminal through the 63rd Street line. 16 new stations will be added along the new line, including stops at 72nd, 86th, and 96th streets along Second Avenue.

As tunneling for the project nears completion, the MTA is now sharing images of this amazing construction project, a sampling of which can be seen below. For more of these stunning photos, you can visit the MTA’s Flickr page.