A LIRR train derailed at the heat of rush hour after leaving Penn Station on Monday evening. It left commuters delayed and frustrated. 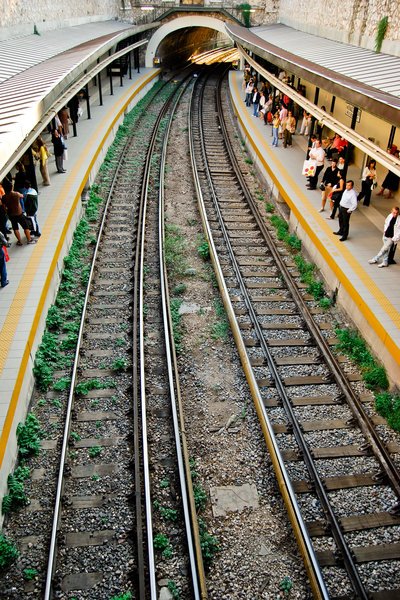 Update afternoon June 18, 2013: There are cancellations and delays for the PM Peak schedule. Out of the 130 normal PM rush hour trains, 21 trains are cancelled, and one train will originate from Atlantic Terminal instead of Penn Station. Visit the MTA.info for the latest update on service.

Update mid-morning June 18, 2013: The Tuesday morning commute included delays with 35 of the 144 morning trains canceled or diverted with only three of four tunnels operational. Diversions were made from Penn Station to Atlantic Terminal in Brooklyn and Hunterspoint Avenue in Queens. The MTA is cross honoring LIRR tickets on the 2,3,7, and E trains. LIRR and Amtrak are working to restore full service as soon as possible.

A Long Island Rail Road train derailed on Monday evening after leaving Penn Station and entering the East River tunnel. The train was headed to Hempstead and was scheduled to arrive at 6:46 p.m., but it derailed right at the height of rush hour – shortly after 6 p.m. As many as 300 passengers were stranded on the train awaiting an Amtrak rescue train.

Fortunately there have been no reported injuries and passengers still had air conditioning and were given water, according to Salvatore Arena, LIRR’s spokesman.

The derailment occurred on the first train car and partially on the second car.

The train derailment left major delays with commuters frustrated for hours. The incident immediately left service from Jamaica to Penn Station suspended and one of four tunnels blocked. NJ Transit and Amtrak were also impacted by this incident with delays and cancellations.

It is unclear what was caused the derailment.

Until the derailed train is removed from the track, eastbound service remains limited and westbound service into New York City remains suspended for trains to head east.

The expectation is that there will be no impact to the Tuesday morning commute, according to Arena.

For the latest update on LIRR service, visit mta.info.