The 2nd Annual Macabre Faire Film Festival is coming to Long Island this weekend, and you won't want to miss LI's only festival focused on films of the horror, suspense, thriller genres! 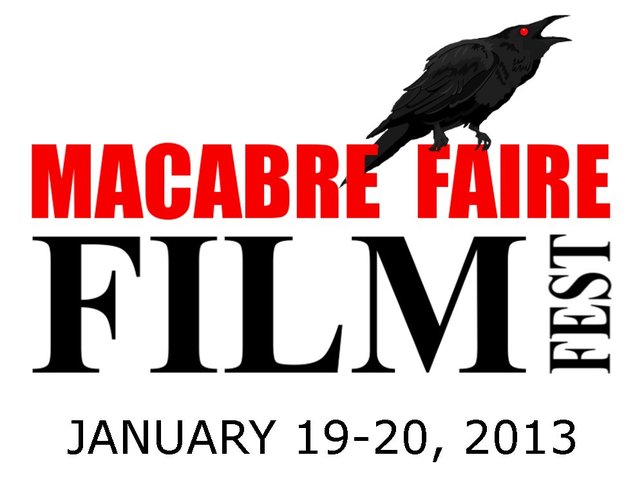 Long Island, NY - January 16th, 2013 - TwitchTwitch Productions presents Long Island’s only film festival catering to the horror, suspense, thriller genres. The Fest will showcase independent films from around the world for the 2nd Annual Macabre Faire Film Festival and unite filmmakers, actors, producers and horror fans under one roof for 2 days of movie madness and awards.

The Macabre Faire Film Festival takes pride in being the FIRST and ONLY Film Festival on the Island working hand in hand with Long Island’s very own MonsterChannel.tv live streaming program with over 20,000 viewers monthly. This winter’s Film Fest will include English subtitled shorts from Spain as well as films from Canada, UK, Ireland and the USA. There will also be a special presentation of Twentieth Century Fox “House at the End of the Street” directed by Mark Tonderai as well as "Bereavement" directed by Stevan Mena.

The Macabre Faire Film Festival will feature hours of independent films submitted by dozens of filmmakers from across the globe for their opportunity to have fans and other filmmakers alike embrace their on screen work(s) in 3 separate screening areas. The doors are open to press, fans, filmmakers new to the game as well as the more seasoned ones & students. Students are encouraged to not only submit their films to future Macabre Faire Film Fests but to attend as patrons because doing so will provide them a chance to not only view festival circuit gems but to speak one on one with our special guests. They can obtain a more in depth understanding of the independent film industry from different perspectives that ultimately result in the same outcome; Filmmaking. For those who are inspiring to be actors then there could be no better place than here to meet the director of what could be their first or next movie role.

The event begins on Saturday, Jan 19 at 11:30am with a Tea Party Meet & Greet until 12:45pm continued with the first film at 1pm. Films will screen until Midnight on Saturday. Sunday, Jan 20 begins at 12:30pm with the Special Feature Presentation of "House at the End of the Street" at 12:30pm. The day will conclude with an Awards Ceremony beginning at 7:30p to recognize the following: Best Feature, Best Short, Best Actor, Best Actress and more. Performances by WildSide tribute to Motley Crue at 6:00pm on Saturday, Jonathan Tiersten at Midnight on Saturday and Rocky Jones at 6:30pm on Sunday.