Rangers Find a Win After Rough Weekend for New York

By Christian Abbatecola Published: May 07 2013

The playoff picture took a turn for the worse in New York over the weekend, but the Rangers found their offense last night. 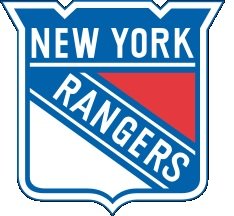 The Rangers fell 3-1 in Game 1 against the Capitals and, though their offense managed to be even less productive in Game 2, their defense stepped up. Both teams went scoreless through all of regulation as Lundqvist stopped 37 shots on goal over the course of just under 68 minutes, but Mike Green got the better of him in OT to give Washington the win.

Last night, New York found the offense it so sorely lacked in the first two games when the series came to Madison Square Garden last night. After falling behind 0-1 early on, Boyle snapped in the Rangers’ second goal in three games to tie things up. Brassard gave them a 2-1 lead early in the second, but Green evened the score towards the period’s end.

Asham gave the Rangers a 3-2 lead in the third which the Capitals quickly answered, but Stepan put them up for good with 6:25 left on the clock. Lundqvist stopped 28 of 31 shots as the Rangers won 4-3.

Game 4 will take place tomorrow at 7:30 PM as the Rangers will try to even the series.

The Islanders brought the Penguins home with the series tied 1-1 on Sunday, and looked like they were ready to defy expectations early on.

Moulson snapped off a goal less than two minutes into the game, which Cizikas added to four minutes later to put New York up 2-0. Unfortunately, the second half of the period belonged to the Penguins, who rattled off a pair of goals within 20 seconds of each other to tie the game, then took a 3-2 lead with a minute to go. The lone goal of the second period extended Pittsburgh’s lead to 4-2.

The Islanders would not go down without a fight, however. Okposo brought the game back within 1 with an assist from Nielson early in the third, and Tavares tied the game at 4 apiece halfway into the period. That would be the last goal of regulation, giving way to an overtime period which would last 8 minutes and 44 seconds before Pitt scored to take the game 5-4. Nabokov blocked only 20 of 25 shots as the New York fell behind 2-1 in the series.

The Islanders will try to even the series again when they meet the Penguins for Game 4 at 7:00 PM tonight.

New York was riding high after its first playoff series win in 13 years, but after a 27-22 first quarter in the Knicks’ favor Carmelo Anthony and JR Smith’s cold streaks slowed the team down considerably.

Indiana outpaced New York for two straight quarters, outdoing the Knicks 30-19 in the second and 29-19 in the third. The Knicks tried to cut into the Pacers’ lead in the fourth, but they could not overcome the 16 point deficit. New York lost 102-95.

The Knicks will try to even out the series tonight at 7:00 PM.

After battling all the way back from a 3-1 series deficit for a decisive Game 7 against Chicago, the Nets found themselves unable to establish a single lead on Saturday night.

Despite a rash of injuries and illnesses, the Bulls took a 29-25 lead in the first quarter which ballooned into a 61-44 spread by halftime. Gerald Wallace went on a tear in the third, racking up 11 points as he reinvigorated both his team and the Barclays Center crowd; the Nets cut drastically into the Chicago lead that quarter as they outscored the visitors 31-21.

Though they came close to tying the game again at several points, Brooklyn was never quite able to catch up to the Bulls. They lost 99-93.

Deron Williams led his team in the loss with 24 points. Brook Lopez scored 21 and Wallace finished the night with 19. Joe Johnson, who was playing with an injury in his left foot, only scored 6 points.

With that loss the Nets’ year is over. They took round 1 of the playoffs to its limits, but could not overcome Chicago. The Bulls have since gone on to win their first game of round 2 against Miami.

Mets Fall to the Braves

The Mets took game 1 of what was supposed to a 3 game series in Atlanta last week, but fell behind their second meeting on Sunday (Saturday’s game was rained out). The Braves slammed Niese for 5 runs in the third inning; it would be just enough to take the game, though they tacked on 4 more over the course of the afternoon.

New York got on the board with a 2 run homer off the bat of David Wright in the fourth. Unfortunately, they would only score two more runs in the eighth, when they trailed 8-2, and went on to lose 9-4. Niese is now 2-3 on the season.

The Mets will kick off what is already intended to be a 2 game series against the White Sox at 7:10 PM tonight.

Yankees Drop 2 to the A’s

The Yankees failed to give any offensive production in the opening game against Oakland, but they had just enough in the tank to overcome their old friend, Bartolo Colon, and the A’s on Saturday.

Chris Stewart homered in the third to put the Yanks up 1-0, and Lyle Overbay followed suit in the fifth to add another run to the lead. Hafner brought Cano home on an RBI single in the sixth, and Brett Gardner’s single in the seventh scored Nunez to give New York a 4-0 lead. Phil Hughes pitched 8 shutout innings as he finally picked up his first win of the season and the Yankees took down the A’s 4-2.

Oakland got to Andy Pettitte in the rubber game on Sunday, hitting him for four runs between the third and fifth innings. Pettitte was spared the loss when Ichiro Suzuki’s double and Lyle Overbay’s single in the sixth combined to bring in 3 runs, tying the game 4-4 after Andy was taken out. That would be the last offensive outburst the New York, however, and Boone Logan gave up a homer in the eighth as New York fell 5-4.

The Yankees will start their next series in Colorado at 8:40 PM tonight.