The Nets Dominated, the Knicks Came Up Short, and the Rangers Beat the Islanders

The week was mostly positive for New York sports, though the Knicks struggled without Anthony. 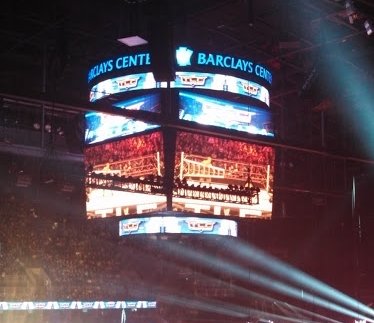 Having won only 13 games this season the Charlotte Bobcats are the worst team in basketball by a considerable margin. It was a bit strange then, to see them leading the Nets by 3 after the first period and ten at the half. Wishing to avoid a humiliating defeat late in the season, Brooklyn went to work in the second half to correct the mistakes they made earlier. The team scored 28 in both the third and the fourth, while holding Charlotte to 9 and 16 points, turning a comeback into a 99-78 blowout.

Joe Johnson had a game-high 22 points on top of 8 assists; Williams and Lopez backed him up with 20 and 16.

The Nets were sure not to repeat their first half woes last night against the Wizards, as they overwhelmed Washington 38-14 in the first quarter. The Wizards would try to make up for the one-sided first quarter by outscoring Brooklyn 25-15 in the third period, but it would ultimately prove insufficient. After a first half in which Deron Williams knocked in an NBA record 9 three-point shots, the Nets went on to win 95-78.

Those threes played a key role in Williams’ 42 point night, as he sunk two more in the second half. Evans and Lopez were the only other Nets to break into double digits—they both scored 11—though Williams looked like he didn’t need much help to win this game.

Brooklyn will try to add to its win streak against Atlanta tonight, at 7 o’clock.

The Knicks defeated the Pistons by a margin of at least 14 in each of their previous three meetings this season, but they were without Carmelo Anthony (who injured his knee against Cleveland) when they faced off for the final time on Wednesday. Worse yet, the team committed a season-high 21 turnovers against the Pistons.

Despite the hardships, New York led 44-38 going into half time. Detroit mounted a comeback in the third quarter, tying the game at 65 apiece, but the Knicks fired back with a 22-12 fourth to win 87-77. Raymond Felton scored 26 points on the night, while Stoudemire and JR Smith sunk 22 and 20 respectively.

New York forged on without Anthony as they hosted the West’s #2 seed, Oklahoma City, on Thursday. After a 35-26 first quarter in the Thunder’s favor, the Knicks outscored OKC 30-24 in the second and 25-16 in the third. The tides shifted again in the fourth, giving the Thunder a 95-94 lead with only a few seconds left on the clock. JR Smith, who led the game with 36 points, attempted to win it for the Knicks, but misfired as time expired. Felton and Stoudemire both scored 16 in the loss.

With that defeat, the Knicks now trail Indiana by half a game for the NBA’s #2 seed in the East. They will work to reclaim it against Utah tonight, at 7:30

This week began as a strong one for New York Hockey. The Islanders kicked off by beating Ottawa, and the Rangers took down Buffalo on Sunday, before going on to notch another pair of wins on Tuesday. The Islanders went back and forth against the Canadiens, but won through two three goal periods. After trailing by one, Moulson, Martin, and Grabner all scored in the second, followed by Martinek, Tavares, and McDonald in the third to defeat Montréal 6-3. The Rangers likewise doubled up Philadelphia; Callahan scored twice in the first period, and Nash did the same in the third to win 4-2 over the Flyers.

Despite the relatively high-scoring games earlier in the week, the Rangers and Islanders saw little offensive production when they faced off for their third match of the year on Thursday. Grabner put the Islanders up 1-0 midway through the first—a score which held for most of the game. Despite two power plays, the Rangers were unable to retaliate until 14:37 into the third, when Nash tied the game.

A strong showing from both Lundqvist and Nabokov ensured that would be enough to spark overtime, though the OT period did not last long. Grabner took down Del Zotto to give the Rangers their third power play of the night 21 seconds into OT, and Gaborik took full advantage to score the final goal 21 seconds later. Lundqvist blocked 28 of 29, and Nabokov stopped 35 of 37. The 2-1 overtime victory gives the Rangers an advantage on the season series by the same margin.

With a four game win-streak on the line, the Rangers returned to the ice last night to host the Senators. After quickly going down 2-0, New York bounced back via a goal by Nash and another by Richards to tie the game 2-2 in the first. A scoreless second looked as though it might extend through the third until Ottawa broke the tie with under five minutes to go in regulation. The Rangers had no answer, losing the game 3-2 and resuming a long losing streak against Canadian teams.

The Rangers will try their luck against Washington Sunday morning at 11:30, and the Islanders will play the Capitals today at 1 p.m.