The Suffolk County SPCA has rescued a dog from an unoccupied house in the Town of Babylon. 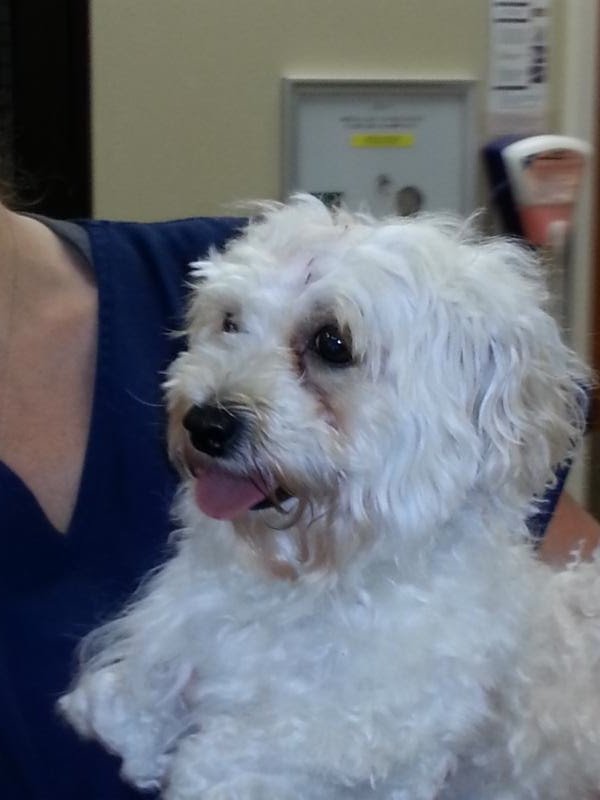 Babylon, NY - May 23rd, 2014 - The Suffolk County SPCA has rescued a dog from an unoccupied house in the Town of Babylon.

Yesterday a call came into the SCSPCA Office that there was an abandoned dog in an un-occupied house.  SPCA Detective John Caracci responded with Suffolk County Police and the Town of Babylon Animal Shelter and found the three year old female Maltipoo inside the house.  The Animal Control Officer noticed that the dog had wounds on its body and showed the blood to Caracci. The Animal Control Officer rushed the dog to a Veterinary Hospital by where it was found to have 38 puncture wounds and 7 slash wounds on the upper part of the its body.

Chief Roy Gross of the Suffolk County SPCA dubbed the dog "Miracle" because it was able to survive the numerous wounds and because there is an approved family waiting to adopt it.  The family just lost their dog and "Miracle" will be the perfect match for them. Gross said that Det. Caracci is continuing the investigation and he thanked the Suffolk County Police and the Town of Babylon Animal Shelter for their valuable assistance.