Standing with homeowners, U.S. Senator Charles E. Schumer today urged the Federal Emergency Management Agency (FEMA) to make major changes to a new, unfair flood insurance policy that has led to the misapplication of an ... 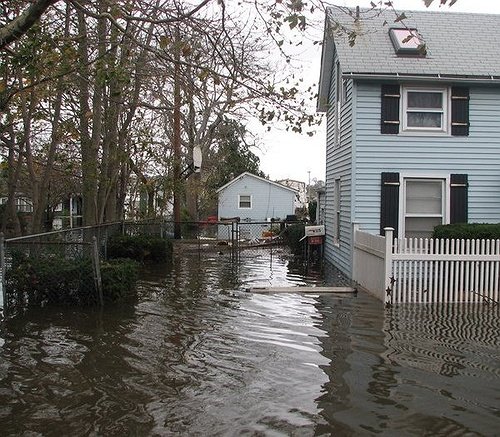 Albany, NY - May 11, 2015 - Standing with homeowners, U.S. Senator Charles E. Schumer today urged the Federal Emergency Management Agency (FEMA) to make major changes to a new, unfair flood insurance policy that has led to the misapplication of an additional fee of $250 for many Long Island homeowners renewing their flood coverage. On April 1st FEMA began charging flood insurance policy holders an additional $250 for secondary residences and $25 for primary residences, however, homeowners must fill out a new ‘proof of primary residency’ form with their yearly insurance renewal, otherwise the agency will default to charging them the secondary home fee of $250. While the majority of Long Island homeowners affected by the policy are primary homeowners, many of these policy holders are being charged $250, the secondary residence fee. Schumer said this is because many residents, and even some insurance companies, are in the dark on the new renewal requirement and haven’t been filling out the necessary documents. Schumer today first warned unsuspecting residents of the policy change and urged residents to check their bills to see if they were charged an extra fee of $225. In addition, Schumer is pushing FEMA to scrap this ill-conceived policy altogether and go back to the drawing board to come up with a policy that is not potentially punitive to homeowners, especially since so many are still getting over the devastation of Hurricane Sandy.

Schumer was joined by Craig Scaturro, a Lindenhurst resident who was affected by FEMA’s new policy as well as Michele Insinga, of Adopt-a-House; Ben Rajotte, of Touro Law Disaster Clinic; and Scott Primiano of The Insurance Advocates.

“After being hit hard by Superstorm Sandy, unsuspecting Long Island homeowners are now being socked with a surprise fee of $250 because of a new, unfair policy on flood insurance renewals,” said Senator Schumer. “Many Long Islanders remain in the dark on this new renewal requirement and that’s why FEMA should scrap this confusing and potentially punitive policy altogether. FEMA needs to go back to the drawing board and quickly figure out a new and fairer way to implement their renewal policy. ”

New mandatory surcharges are being applied to all flood insurance policies. A policy for a primary residence will include a $25 surcharge. All other policies, including those of non-residential properties and non-primary residences, will include a $250 surcharge. In April, FEMA began mailing notification letters to policy holders. Homeowners are told in the letters that they have 30 days to fill out the necessary paperwork and provide proof of primary residency or their renewal premium will reflect the higher surcharge. If the paperwork is not filled out and mailed to FEMA within 30 days of receipt, a default charge of $250 is included on the policy holder’s bill.

New York has approximately 143,000 policies rated as residences. Approximately 12,000 primary residence verification letters in New York are being sent out by FEMA per month.

Schumer today said that flood insurance policy holders on Long Island should take a careful look at their renewal policy in order to avoid paying an unnecessary extra $225. Schumer also urged FEMA to change the new policy and go back to the drawing board to find a better solution that doesn’t hurt primary homeowners.