“Hurricane Sandy was, like the financial meltdown, a perfect storm. It was nothing like we'd ever seen, even unprecedented -- a late October Hurricane…” 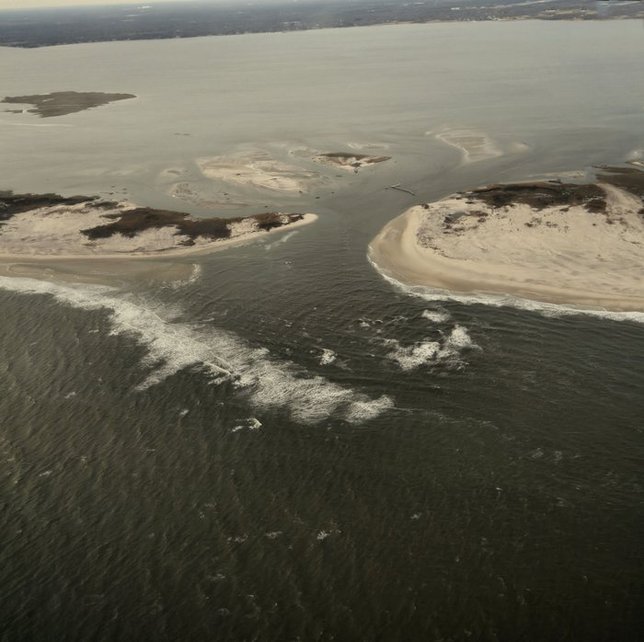 This Guest Post is brought to you by Marshall Brown, on behalf of Save the Great South Bay, and does not necessarily reflect the views & opinions of LongIsland.com and its staff.

Now Post-Sandy, as with Post-Katrina, the questions have become 'What now? How do we rebuild?' Like New Orleans in the wake of Katrina, Long Islanders Post-Sandy are seeking ways to prepare for the future storms that are to come while continuing to fight ‘politics as usual.’ Super Storm Sandy hit L.I. homeowners already reeling from the impact of the real estate meltdown, with tens of billions of dollars in damage. Like the mortgage meltdown, and New Orleans Post-Katrina, the government has been slow to help those who are, in this case, literally underwater.  Instead local politicians are lining up behind Senator Charles Schumer and The Army Corps of Engineers, calling on The New York State's Department of Environmental Conservation to close the breach.

Some Long Island residents and politicians genuinely believe that closing the breach will alleviate flooding.  Others believe that doing something, anything, is better than nothing, especially with so many being regularly flooded out.  Some politicians, who may own summer homes on Fire Island, where a breach making beach access to their homes east of Smith Point compromised, have powerful interests in this issue. Even donations from the contractors, who are being enlisted to do the work, are being sought. Currently there is a $3.2 billion dollar budget for The Army Corps of Engineers to rebuild shorelines Post-Sandy.  Closing the breach would only be $10-15 mil from that budget by some estimates, not a lot in the big picture of course, but it is hard to stop a project once it has been budgeted, no matter how misguided.

There has been outspoken opposition in the scientific community against closing the breach. Those who have stood up in the name of science are being derided as being insensitive and out of touch, as ignoring the needs of the flooding victims. Suffolk County Executive, Steven Bellone,  declared in a March 13th press conference 'The time for debate is over,' even while he was incapable of naming one scientist who supported his position. However, in between the politicians attempting to pit people against each other, ignoring science in order to practice politics as usual, the doling out of contracts, and the firing up of bulldozers, something else is happening. Something remarkable and grassroots is taking place involving Long Islanders living up and down The South Shore, from bay men to surfers to scientists that study The Great South Bay and marine and coastal ecosystems.

Armed with science and facts, these Long Islanders seek to answer the much bigger question that we see our opportunistic political leaders repeatedly avoid:  How should we in fact rebuild our bays and coasts? That is the question that Save The Great South Bay seeks to answer.  For us, blaming the increase in coastal flooding on breach at the Old Inlet is a convenient scapegoat that avoids the much bigger problem, which is climate change or global warming.

Governor Cuomo is calling for $400 mil of federal funds to raise flood stricken homes and buy out those whose homes will remain flood prone despite any effort. This means federal money going directly to Long Island homeowners hardest hit, Along with that, he commissioned a report Post-Sandy - called NYS2100, which recommends not only pulling back from the shore, but also revitalizing bays with eel grass, shellfish beds, marshes, and wetlands.  The same report, issued in January of this year, also calls for recognizing breaches as part of the natural cycle of barrier beaches, and important for the whole ecosystem.  It would be refreshing to see our politicians on the local, state and federal level step back from this disastrous push to do ‘something, anything,’ and look toward what New York State and Governor Cuomo are trying to do -- get real federal relief for those flooded out, and have us rethink how we should be rebuilding our shorelines.

Hurricane Sandy has marked the arrival of a new reality for those living on the Mid-Atlantic Coast, just as Katrina changed Louisiana, Mississippi and the Gulf Coast.  As much as we want to return our shores the way they were Pre-Sandy, the storm has caused significant change to our physical coastline. It has also signaled a major change in our weather patterns. The late October hurricane that, strangely, cut west as it came up the coast, along with the series of flooding storms that followed in its wake, seemed to be the product of a major shift in our climate. Coming on the heels of 2012's record heat and drought, record melting of the arctic ice caps, changes in air, and ocean, Hurricane Sandy has ushered in a new reality for those who make their home and living on the Atlantic coast.   Scientists are scrambling to understand what has happened, or rather what is in the now already happening.   In New Orleans, the city and local non-profits are trying to shore up the wetlands in the Mississippi Delta and The Gulf of Mexico as a defensive barrier against future storms.   The south shore of Long Island should look to this approach and adopt a similar strategy.

But alas, as we stand here today, it seems fear -- and political power - is positioning itself to win this round over science.  The Fire Island National Seashore, where the breach at The Old Inlet occurred, is deferring to The New York State Department of Environmental conservation, to make the call as to whether to close the breach at the Old Inlet. The NYSDEC Commissioner Joseph Martens has been put under tremendous pressure, but thus far he stands by the further monitoring of the breach as the preferred option.

Should this closure be forced on the people of The South Shore through political pressure, it would mark an enormous defeat for science, for environmentalists and for the people of Long Island working to help their communities recover. Here is an open letter written and signed by several of our most prominent coastal and marine scientists arguing for the breach's benefits to Fire Island and the bay -- from widening Fire Island to fostering the growth of natural barriers to storms, as argued in Governor Cuomo's NYS 2100 plan, only released this last January.   It would also be a grievous loss to those living on the south shore and to those who value a healthy bay where people can clam, fish, boat and swim. The flushing of the eastern bay around Bellport is breathing new life into a bay that was dying. Seals and fish are coming back into the bay.   We are seeing bay bottom that was hidden by murk for over twenty years.   To end the bay's recovery even before it starts by closing the breach out of fear, ignorance, or greed, rather than relying on the scientific facts would be tragic, for it will have meant that as hard as Sandy hit us, we still haven't learned a thing about how to better manage our environment Post-Sandy.  The NYS 2100 plan would become a dead letter, hurting The great South Bay and most importantly, us.


Photo of the Great South Bay Taken By Brian Wasser.