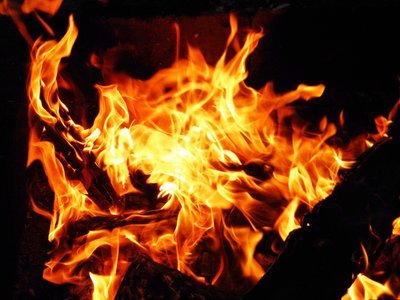 Police say a man that fell asleep while smoking caused a fire at the Olympic Motor Lodge on Vanderbilt Motor Parkway in Hauppauge, where eight people that were displaced after Superstorm Sandy were being housed. The fire occurred at around 8:20 p.m. on Friday night.

Seven fire departments were called in to help fight the blaze, which lasted over an hour before firefighters could get it under control. All guests at the motel were safely evacuated, and nobody was reported injured.

The man who caused the fire admitted to police to falling asleep while smoking. He said that he awoke when his mattress was caught fire, and despite his attempts he could not put it out. The fire then spread to two adjacent rooms.

A Red Cross spokesman said the eight people that were being housed at the motel due to Superstorm Sandy will stay at other nearby motels until the Olympic Motor Lodge can reopen. Those eight people are made up of one family of four, a family of three and another person by themselves. The Red Cross said they were placed there by the Suffolk County Department of Social Services.

More than a dozen people in total are being displaced from the fire.

Cierra Wynn, a 25-year-old from Georgia, said she was at the bar when she noticed people running outside. Wynn had been staying at the motel for two weeks while helping transport cars damaged by Sandy for the A-Awesome Towing and Trucking Company.

The case is under investigation by the Suffolk County Arson Squad; however the man who started the fire is currently not facing any charges. His name has not been released by officials.