Mike Chiapperini, one of the volunteer firefighters shot and killed during the early morning Christmas Eve ambush in Western, N.Y. served the Long Island community in the wake of Superstorm Sandy.

New developments are still being made in the Christmas Eve arson and ambush in Webster, N.Y. on the shore of Lake Ontario. Two firefighters were killed and two other injured after a gunman opened fire on them after first responders arrived at the scene.

Volunteer firefighter, Mike Chiapperini, 43, who also worked for the Webster Police Department as a public information officer, was shot and killed, alongside another volunteer, 19-year-old Tomaz Kaczowka.  The two injured officers are reported to be in stable condition and not on life support.
Chiapperini, known to his friends as "Chip," also volunteered his time and services on Long Island after Superstorm Sandy devastated the region.  He was stationed in Mastic, according to Pix 11 news. 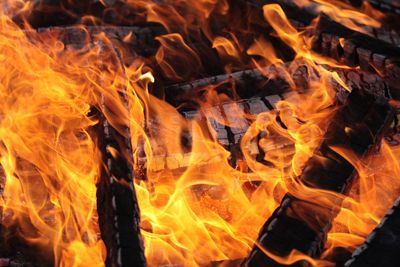 Investigators now believe that the gunman, William H. Spengler, 62 of West Webster, set fire to his home around 5:30 a.m. and waited for first responders to arrive.  According to Webster N.Y. Police Chief Gerald Pickering, Spengler barricaded himself on a berm in his garage or on higher ground.  An officer exchanged fire with Spengler before he killed himself.
Spengler was convicted in 1981 of killing his grandmother, Rose Spengler, by beating her with a hammer.  He served 17 years and was released from prison in 1998, and since that time he stayed off police radar.
Spengler’s sister, Cheryl Spengler, who lived with him in their mother’s home, and who he is said to have hated, is now believed to be the third victim in this ambush.  A body found within their burned home is believed to be hers, though DNA testing is needed to confirm the identity.
Before setting fire and taking aim at the firefighters, Spengler typed a chilling two to three page note, which read in part, "I still have to get ready to see how much of the neighborhood I can burn down, and do what I like doing best, killing people."
Undoubtedly, Spengler’s ambush, along with a series of other mass shootings will impact the call for tighter gun restrictions in the wake of the Dec. 14 Sandy Hook Elementary shootings.
Share your thoughts on this article by posting a comment below or by joining our discussion about gun control at our Long Island Living discussion forum.