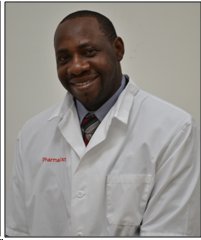 Westbury, NY - March 5th, 2014 - Chuck  Madu, Owner of Freeport Medical Supply, Inc. and Xtra Care Pharmacy set to be honored at the Diabetes Health & Wellness Academy of  N.Y.C. Benefit Gala March 14, 2014.  Chuck Madu will be honored for his recent work with the American Diabetes Association where he hosted a Community Walk for the Cure of Diabetes.  The Diabetes Health and Wellness Academy  of  N.Y.C. 2014 Annual Gala Benefit will be held on March 14, 2014 at Verdi’s of Westbury, located at 680 Old Country Road, Westbury NY, 11590 from 7:00 p.m. until 1:00 a.m.  The event is themed “Creating a Unique Learning Environment through Health and Education Learning Initiatives.”  The red-carpet fund-raiser gala will recognize individuals whose efforts have contributed to diabetes and health awareness.  Tickets, donations, sponsorship or advertising information is available online.

The late scientist Jonas Salk once said that “hope lies in dreams, in imagination, and in the courage of those who dare to make dreams into reality.”  This statement is best attributed to Chuck Madu, owner of Freeport Medical Supply Inc. and Xtra Care Pharmacy.

Chuck wanted more than just a college degree, though.  He wanted to own his own business, and not just any business, but a medical supply and drugstore.   Today, less than fifteen years after arrival to America, Chuck Madu has realized his childhood dream of education and ownership of his own business, and today, he residents of the Incorporated Village of Freeport enjoy the services of Chuck Madu’s medical supply and drugstore.

“I came to America to train for what I wanted to do in life.  I wanted to become a health care professional.  Chuck Madu’s educational journey began at the Borough of Manhattan Community College in the spring of 1998, where he graduated with an associate’s degree in science.  Upon graduation, he matriculated at Long Island University Brooklyn campus.  He studied pharmacy, and in 2002, Chuck Madu obtained his doctor of pharmacy degree (Pharm.D).  Next, he went to work for Walgreens and spent six years in the drugstore chain’s employ.

Never losing sight of his dream, Dr. Madu resigned from Walgreens in December 2006, parting with job security and great income.  Yet, undeterred by not having job security, he registered and began his medical supply and drugstore business, Freeport Medical Supply, Inc. in May 2006.

Gratified with how far he has come, Chuck admits with no regrets, saying “I made a bold step.  I didn’t really have the means to begin my own business, but I knew that I wanted to have my own.  I wanted to provide services, my own services to customers.  I like the satisfaction of having my own.  Chuck Madu is committed to community wellness, especially where Diabetes is concerned.  Last August, he partnered with American Diabetes Association to host Community Walk for the Cure of Diabetes, and he plans to make the walk a yearly event.

Dr. Madu has received numerous recognitions as a result of his commitment to community. In September 2013, he received the Community-minded Business Award by the Hempstead/Uniondale Times and Power Networking Business Seminar Series during their annual Networking in the Hub seminar.