The concert will take place at the 89 North Music Venue in Patchogue and all proceeds will benefit Superstorm Sandy relief efforts. 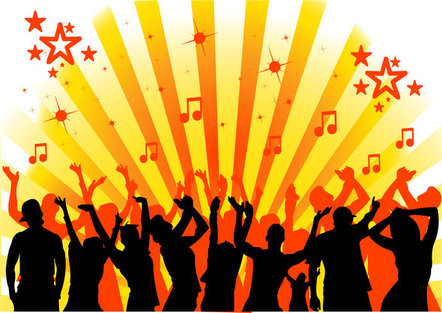 The concert is called “Sand-Aid,” and will feature a lineup of over six artists throughout the day on Sunday, November 24.

The concert is being hosted by fishbat, Inc., a marketing firm in Bohemia that has already made efforts by those affected by the storm. In the days and weeks following Sandy, fishbat was lucky enough to still have power and heat in their offices – a luxury that many businesses did not have. This prompted fishbat founder and CEO Clay Darrohn to launch the “lend-a-fin” program, which opened the doors to their office space to any business that needed it.

“We wanted to extend a helping hand to all local island businesses that were struggling in the wake of Sandy. We opened our doors, cubicles and Wi-Fi to any local business, especially those that were assisting in the recovery effort,” said Darrohn.

Now the company will host Sand-Aid on Sunday, and is hoping to help out even more. Although the event is planned around live entertainment and having a great time amidst the devastation caused by Sandy, organizers say the real benefit of this concert will come from the money that will be raised.

“There have been some severe tragedies all over Long Island, Staten Island, New York City and New Jersey,” said Scott Darrohn, fishbat COO. “Being a marketing firm – the largest online marketing firm in Long Island – we felt that if we put all our tools in place and we really pushed hard for a couple weeks we’d be able to drive a very successful event, which is going to be Sand-Aid.”

Musical acts will include Randy Jackson from Zebra, Bangers & Mash, Mid-Life Crisis, Cassandra House, Easy Chief and Graveyard Lovers. Darrohn added that there will be auctions, 50/50 raffles and other activities throughout the day. “Basically, Sand-Aid is an effort being put forth by a lot of local companies to help drive awareness and obviously help raise funds for people that are in need from the hurricane,” he said.

All proceeds from the concert will go toward Island Harvest food bank. Island Harvest has played a big role in getting food to Long Islanders that needed it in the wake of Sandy.

Sand-Aid will be held from 12-8 on Sunday at the 89 North Music Venue, which is at 89 North Ocean Ave. in Patchogue. All ages are welcome and admission is $10 per person, but more donations will be accepted.