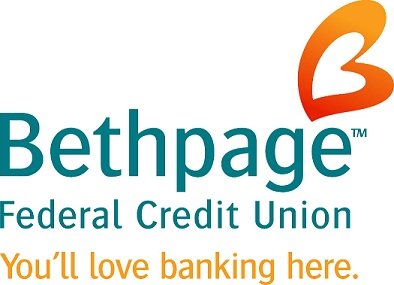 Bethpage, NY – March 11, 2013 – Increased optimism about local and national economies, and better financial health compared to 2011 are some of the key findings revealed by small business owners and executives on Long Island, who recently participated in a telephone study sponsored by Bethpage Federal Credit Union and conducted by Stony Brook University Center for Survey Research.

In the 2nd Annual Bethpage Long Island Small Business Survey, 603 small businesses with annual revenues up to $10 million spoke out frankly about topics ranging from the personal aspects of business ownership to thoughts on expansion versus downsizing.  The survey, which included a unique set of questions devoted to solely to business owners, provides valuable insight into subject matters such as the health of small businesses, confidence in business and government leaders, sales projections, family involvement, personal aspects of business ownership and more.  Highlights of the research conducted in the last quarter of 2012 include:

When asked if they felt if overall business conditions were good, business executives say they are more positive now than they were back in 2011 and an increasing amount, 24%, say they plan to increase their workforce in 2013.  “The small business community is beginning to experience a renewed spirit of entrepreneurship, helping to increase overall consumer confidence on Long Island,” said Kirk Kordeleski, President and CEO, Bethpage Federal Credit Union.

“With this, it’s important that we support and address the concerns of the small business community in every way we can, as they are the impetus for Long Island’s economic growth,” continued Kordeleski.  “This means giving small businesses more access to capital.  For Bethpage, it means funding loans to support growth, aid in expansion and stimulate the economy.”

The research for the Bethpage Long Island Small Business Survey was conducted under the direction of Leonie Huddy, PhD., a Professor in the Department of Political Science at Stony Brook University. “Business executives were especially upbeat about business conditions in the coming 12 months, and a sizeable minority plan to expand and hire more employees; many are also looking forward to improving sales and revenues," stated Huddy.  “Overall, business conditions definitely improved on Long Island in 2012 and look even better going forward.”

Bethpage Federal Credit Union is a not-for-profit financial cooperative, existing solely to serve its members and has experienced rapid growth in recent years to become a strong alternative to banks.  Bethpage was approved for the largest federal community charter in the U.S. in 2003 and now is New York State’s largest credit union and Long Island’s primary community financial institution with 212,000 members, 26 branches and 60 shared service center locations throughout Nassau and Suffolk Counties. As a financial cooperative, Bethpage offers the best-in-market rates, low fees and world-class service, and a full menu of personal and commercial financial services.