Nassau County Executive Edward P. Mangano has made it a priority to attract the movie and television industry to Nassau County, and today, a new independent economic analysis performed by Camoin Associates indicates the industry’s ... 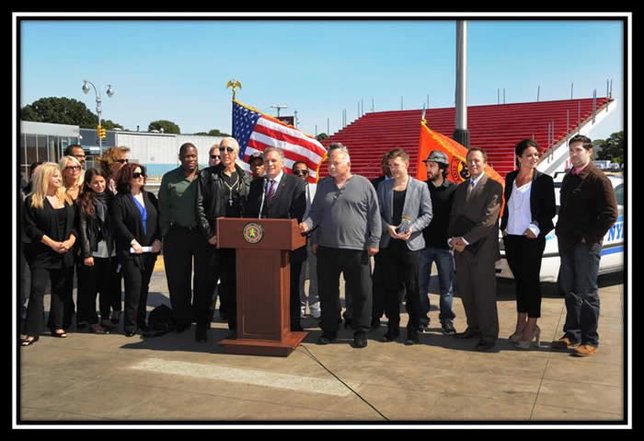 County Executive Mangano stated, “Nassau County is becoming the Hollywood East of the motion picture and television industry as productions, both large and small, have been attracted to our unique facilities. My administration has supported the film industry in expanding its local operations as it benefits our residents by generating $140 million in annual economic benefit for the region and helps employ more than 1,900 people.”

In addition, the studios are located within the “Film Zone” – a boundary set by several New York City film industry unions to define the area in which their members will work locally without incurring travel and overtime costs. The boundary is a 25-mile radius of Columbus Circle.

The studios in the study were: