The Sequester Begins, But Who Will Bear the Brunt?

As the federal government cuts $85 billion in spending, many agencies brace for impact. 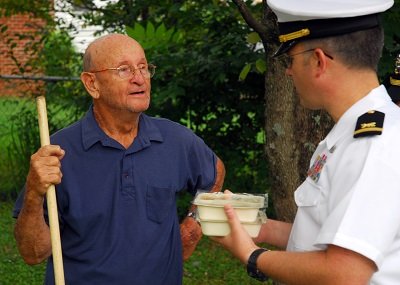 When the sequester was originally proposed it was supposed to be an action so heinous that it would force Congress to act, creating a more tempered solution in much the same fashion it did before the fiscal cliff.  Unlike the fiscal cliff, however, the sequester has come to fruition, and Washington does not look very well positioned to reverse it—so just what will come to pass if the measure stays in effect?

Republican Senate Minority leader Mitch McConnell says the forthcoming budget cuts will not actually be too painful. He points out that “this modest reduction of 2.4 percent in spending over the next six months is a little more than the average American experienced just two months ago, when their own pay went down when the payroll tax holiday expired.” $85 billion is being stripped from the government’s discretionary spending, but that is only a small portion of the existing $3.7 trillion budget and a small step towards balancing the nation’s budget. After the markets had a weekend to digest the news, the US dollar even rose slightly in value this morning.

Still, while many Republicans in Congress now see the sequester as a positive step toward bringing our spending under control, others are worried about the programs which will inevitably suffer from it. Over 70% of economists surveyed by the National Association for Business Economics agree that though federal expenditure needs to be trimmed, the sequester goes about doing so in the wrong way.

Part of the issue lies in the timing of the act: Washington’s fiscal calendar begins in October, which means impacted agencies will have to survive what is intended as a year’s worth of cuts being rolled up into half that timespan. The matter is further compounded by the distribution of the actual cuts themselves. Medicare and Social Security, which account for a huge portion of government spending, will not see any cuts; Congress also took several other agencies off the chopping block, in turn shifting an even greater portion of the burden to those who now must shoulder it.

Head Start, a program dedicated to providing early childhood education opportunities to impoverished families, is amongst those who will bear the brunt of the sequester. Meals on Wheels—which provides over a million meals to the elderly through senior centers or, for those with mobility issues, directly to their homes—will have its budget slashed as well. Long, waits at the airport could grow even longer as the FAA prepares for the possibility of closing 100 air traffic control facilities and nixing the night shift at 60 others. The Defense Department will also see a sizeable chunk of change taken away from military spending.

The ultimate impact of the sequester could then be just as disproportionate as the measure itself. Many Americans might prove only marginally impeded or even unaffected by it while others, including some of our most vulnerable citizens, may be devastated.