The Nets and Yankees both lost last night, but the playoff picture still looks pretty bright for NY sports fans. 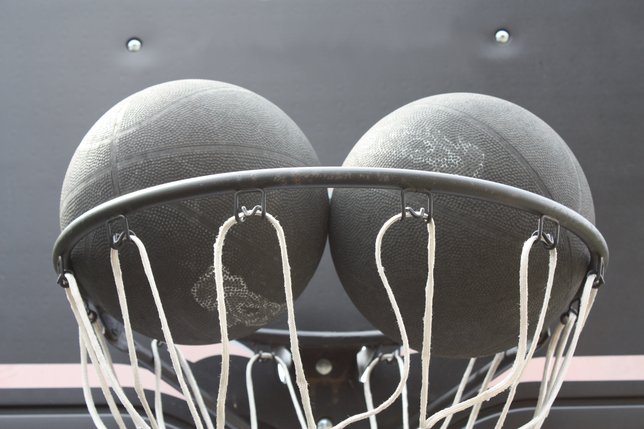 The Nets looked the better team in almost every possible way in Game 1 against Chicago. They led by 11 points after the first quarter and entered halftime up 60-35, never trailing at any point over the course of the game. Brooklyn slowed down a bit in the second half, but not enough to ever put their lead in jeopardy. They won handily, 106-89 over Chicago.

Contributions came from across the team, with Deron Williams and Brook Lopez paving the way through 22 and 21 points respectively. Joe Johnson scored 16, and Watson and Wallace both put up 14. Blatche shot for 12 and Evans grabbed 13 rebounds.

Last night did not go as smoothly for the Nets. They trailed 20-17 after the first quarter and did not find their first lead until there were only three minutes left in the second. The Bulls took the lead right back, but a buzzer-beating 3 from CJ Watson brought the score within 1 as the half came to a close.

As invigorating as Watson’s shot was for the crowd it evidently did little for the team, which could only muster 11 points in the third quarter. They tried to battle back in the fourth, but could not overcome the deficit; Brooklyn lost 90-82.

Lopez had 21 points in the loss, and Johnson contributed 17. Watson led the bench with 10 points.

Tied at 1 game apiece, The Nets will continue their battle with the Bulls on Thursday, at 8:30 PM.

The Knicks might be the second seed in the East, but the difference between them and Boston did not look as great as the standings would suggest on Saturday. The game was close all afternoon, with the Celtics leading by 3 after the first quarter and the Knicks trailing 53-49 at the half.

New York was down by 7 late in the third quarter when they kicked off a 9-0 run that carried over to the fourth. Boston tried to battle back, but a stellar defensive performance held the Celtics to only 8 points in the last quarter, giving the Knicks an 85-78 win in Game 1.

Carmelo Anthony had a game high 36 points, backed up by Raymond Felton’s 13. JR Smith led the bench with 15, and Kenyon Martin contributed 10. Tyson Chandler and Chris Copeland both got the start, but went scoreless on the day; Copeland was 0-3 in nearly 13 minutes of play, and Chandler grabbed 5 rebounds before leaving with a stiff neck.

Game 2 against the Celtics will take place tonight at 8:00 PM.

Vernon Wells certainly wasn’t holding anything back against his former team when he smacked a homer to left field in the second inning of Saturday’s game against Toronto. The Yanks would add two more runs on a fielding error in the fifth which allowed Nix and Gardner to come home as Youkilis reached 1st.

Hiroki Kuroda went seven and a third innings, but a rare poor showing from David Robertson blew the lead on a pair of RBI singles off the bats of Rajai Davis and Melky Cabrera.

The game went into the eleventh, when what was supposed to be a sacrifice bunt from Ichiro Suzuki resulted in a throwing error that allowed him to reach 2nd and Vernon Wells and Francisco Cervelli to both score. New York won 5-3 after Mariano Rivera picked up his fifth save.

Unfortunately, the Yankees proved unable to come up with the sweep in the following game. After the Blue Jays hit Ivan Nova for a run in both the first and second, Chris Stewart homered to put New York on the board in the third. Stewart later scored in the fifth on the first of two bases-loaded walks.

The Yanks would lead 4-2 the next inning after a sac. fly from Gardner drove in Jayson Nix, but Toronto rallied for 4 runs in the bottom of the sixth, then piled on another 2 in the seventh. New York lost 8-4.

Last night’s game against the Rays hardly went any better for the team. Sabathia gave a rare weak showing in the first inning for the second straight start, this time allowing 4 runs on a single, a triple, and a pair of homeruns. Ryan Roberts got to him for a third homer in the third inning, putting Tampa up 5-0.

Robinson’s homerun in the fourth would be all the Bronx Bombers could muster as they were held to just two hits by Matt Moore. They fell 5-1.

The Yankees will try to tie the series up at 7:10 tonight, and finish it at the same time tomorrow.

After belting Strasburg and the Nationals for 7 runs on Friday the Mets kept their offense going in Game 2, but they could not keep the Nats at bay without Harvey on the mound.

After letting up 3 runs on 2 homers in the second and third, Hefner was pulled from the game in the fourth so Ruben Tejada could step into the batter’s box. The move helped generate a 5 run inning which put the Mets up by 2, but Adam LaRoche got to Laffey for a 3 run homer to give Washington back the lead. Both teams would score once more, ending the night in a 7-6 loss for the Mets.

Sunday’s rubber game so far less offensive output from both sides, with Dillon Gee pitching five and two thirds innings of shutout ball before handing the reins over to the bullpen to finish the job. John Buck’s homer in the second would ultimately prove all that was needed to take the series, but Baxter drove David Wright home on a sac. fly in the fourth to give the Mets a 2-0 lead.

The score remained the same for the rest of the game, and Gee got his first win of the season.

The Mets will being a series against the Dodgers at 7:10 tonight, and continue it at the same time tomorrow.

The Rangers spent much of this season chasing after the Devils in the NHL Atlantic Division, but now New York holds the 7th playoff seed and the Devils have been eliminated from postseason contention.

To round out the night and give his team a 4-0 lead, Callahan picked up his second goal in the third. Jersey did manager a successful shot before the game was over, but it was the only one 27 attempts to slip past Lundqvist.

With the 4-1 thrashing of the Devils, the Rangers are riding three game win streak into tonight’s game against the Panthers. They play at 7:30 PM as the last week of the regular season begins.

Saturday’s game in Winnipeg was back-and-forth all afternoon. Nielson got things started with a goal four minutes into the first, but the Jets tied the score several minutes later.

Bailey put the Islanders back on top shortly thereafter and Martin gave them a 3-1 lead in the second. A pair of goals from Winnipeg’s Wellwood in brief succession tied the game again before the period was over. Grabner gave New York its third lead of the night in the last period of regulation, but the Jets managed to make it 4-4 with 2:01 left, forcing the game into overtime.

A scoreless OT gave way to a shootout in which Boyes and Tavares gave the Islanders the 2-1 edge they needed to come out on top. Nabokov blocked 24 of 28 over the course of the New York win.

Still a point ahead of the Rangers and now the 6th seed in the East, the Islanders will fight to maintain their playoff position during the final week of the regular season. They kick the week off in Carolina at 7:00 PM tonight.