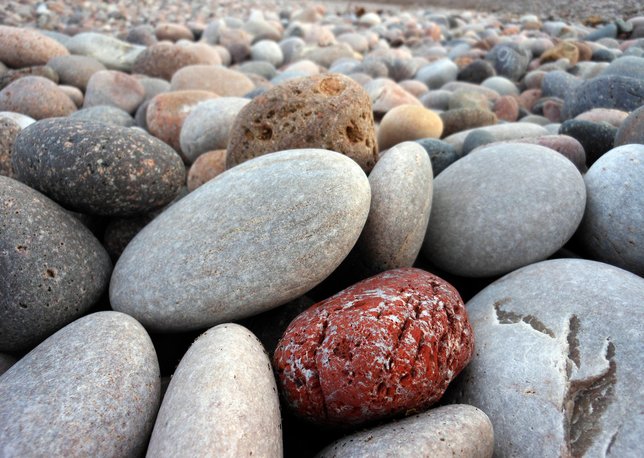 The east end of Long Island has been a hotbed of political discourse and pandering in the wake of Hurricane Sandy and the difficulties surrounding natural (or not-so-natural) erosion. This past week, the East Hampton Town Board declared that nothing, including unnatural means of stemming the tide of erosion like gabions and other hard structures should be ignored as a potential tool to aid east-end coastlines. While this is hardly the answer to the difficult questions posed by erosion and Sandy-related damage, it’s a stop-gap meant to keep the Montauk business district’s coastline intact until the Army Corp. of Engineers can tackle the problem head-on.

One such artificial means of halting the erosion issue is by constructing revetments, which are essentially sloped-rock hills meant to handle the incoming crash of water. While not an entirely unnatural development, the legitimate response would be to import as much sand as humanly possible to the area, something Town Trustees (the rightful owners of the sand in question) have spoken against since discussion of the east-end erosion recovery began. The problem in importing sand to the region is that, quite simply, there isn’t enough. The Trustees have control over the sand typically used for such recovery efforts, but are unwilling to give it all up to those in Montauk for the recovery of businesses.

While this may seem like petty posturing on both ends of the political landscape, in reality, erosion is a serious issue faced by all of Long Island. As indicated in my previous coverage of the erosion issue, Fire Island previously lost about twelve feet of coastline from 2011 to 2012. Twelve feet. One wonders how long it’ll take before your average Long Islander starts noticing a similar pattern along the south shore.