Sand Shortage in Wainscott - A Serious Symptom of Beach Erosion

Others, Nature & Weather, Community, Charity & Cause

Contractors are finding it difficult to make repairs to hurricane and erosion-damaged areas on the east end. 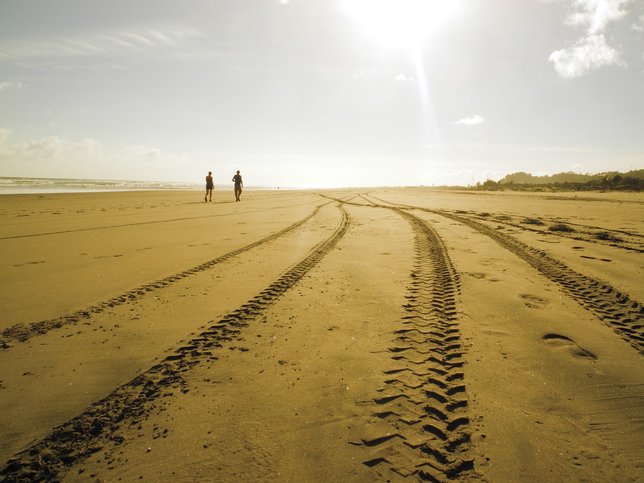 On the east end of Long Island, sand has become a hot commodity. Over the past few months, with the rising tides due to erosion and the damage caused by Hurricane Sandy, the coast is vanishing faster than before and is impacting local businesses in the process. Now, East Hampton Town trustees are faced with the difficulty of procuring sand to aid in the recovery efforts.

Both fine-grain sand and beach-compatible sands have become incredibly difficult to find. “The people of Wainscott are suffering. I don’t have enough sand,” said Billy Mack of the First Coastal company of Westhampton Beach.

First Coastal has been hired by many of the residents along the coast to reconstruct sand dunes and rebuild sand barriers lost to erosion and the Frankenstorm. The Town Trustees manage the sale of the sand taken from Georgica Pond, charging a flat $7.50 for a cubic yard. Southampton operates in a similar fashion, charging the same rates for sand accumulated from Mecox Bay. Contractors purchase the sand, and in an effort to turn a profit, tack on their fees for delivery, etc. The standard rules of supply and demand apply, however; in this case, the Trustees decided to sell all 12, 000 cubic yards allotted to one contractor, leaving other contractors without access to the necessary sand.

“I thought the trustees had a new policy where they would divvy up the Georgica sand between the contractors that needed it for $7.50 a cubic yard. They changed it without the public knowing and left the people in Wainscott in the lurch,” Mack said at the Town meeting.

Representatives at First Coastal were unavailable for comment as of this writing.