Statue of Liberty Still Closed Due to Sandy Damage 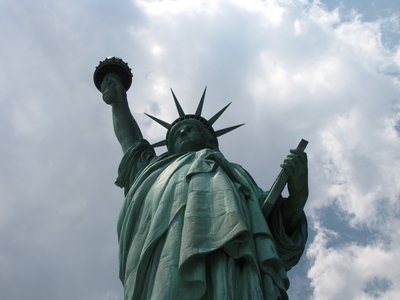 Though most areas of New York have recovered or are well in to the recovery process after Hurricane Sandy whipped through the tri-state area in October, the Statue of Liberty remains closed.

Though the statue itself did not withstand any damage, Liberty Island was so devastated by the effects of the hurricane that it was considered to be closed indefinitely to visitors.  A massive storm surge flooded the area, and water in nearby Battery Park rose 13.8 feet.  That large of a storm surge put nearly 75% of Liberty Island underwater, according to Statue of Liberty Superintendent David Luchsinger

As a result, all of the island’s utilities and power systems were destroyed, as well as the security screening equipment and backup generator.  The docks to the island and the brick pathways that lead around the park were also ripped up, making it not just an eyesore, but dangerous to anyone trying to navigate the island on foot.  Neighboring Ellis Island did not sustain as much damage, but buildings and electrical systems are still in need of repair.

After a tour of the landmarks, Secretary of the Interior Ken Salazar estimated that repairs to Liberty Island and nearby Ellis Island may total $59 million.  Thus far, the Department of Transportation has offered $28 million in emergency funds to primarily go towards repairing two damaged docks on Liberty Island.

Senator Chuck Schumer has demanded a timetable for when the landmarks will open from the Department of the Interior, as the Statue of Liberty and Liberty Island are huge sources of revenue for the city.

"The Statue of Liberty is still shuttered more than three months after Sandy struck the city and tourists, businesses and all New Yorkers need to know that the end is in sight,” said Schumer in a statement. "As an enduring symbol of our nation and our city, Lady Liberty cannot be allowed to languish any longer than necessary.”

The National Park Service that runs Liberty Island is estimating that the park will be fully repaired and able to reopen by Memorial Day, though this is not a definite date.