The Newtown Post Office has set up a special Post Office Box to receive letters of condolence and support for those affected by last Friday's shooting. 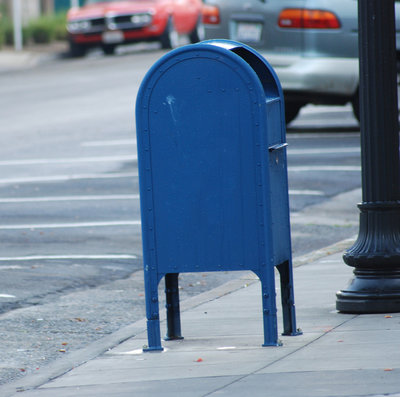 Last Friday’s tragedy at the Sandy Hook Elementary School in Newtown, Connecticut, has weighed heavy on the hearts and minds of the nation – countless people from across the globe have been touched by the shooting, which claimed 26 victims, and as a whole, America has expressed a desire to console and support the community of Newtown. In a response to this outpour of support, the Newtown Post Office has set up a special Post Office Box to receive letters of condolence and support for those affected by this tragedy – many of whom are young children.

Reaching out and supporting the Newtown Community can help us all to heal, as can be therapeutic for the people of Newtown, as well as for anyone who has been troubled by this tragedy. Sharing emotions and support can help you to cope with the feelings that many of us are facing – even more so for children and young adults, who are distraught or scared. Teachers and parents across the country have been opening discussions with their families and classrooms, and encouraging young people to express their sympathies and emotions with the people of Newtown can help them to address the feelings they’ve had about this tragic event, and let the Community know that they are in the hearts and minds of millions.

With so many questions still unanswered, and so many families devastated by the shootings at Sandy Hook Elementary School, it is only natural that we want to show support to the Newtown community, and let them know that we empathize with them, and grieve for their loss. If you have a free moment this week, as you finish up writing your holiday cards and plans, take a moment to reflect on this recent tragedy, and let the people of Newtown know that Long Island, and the entire nation, support them during this trying time.

If you would like to share a message of condolence with the Newtown Community, you can mail a letter or card to:

If you'd like to share your thoughts with the local Long Island community, head over to the special forum discussion we've set up about the Sandy Hook Elementary Shootings.