After investment banking firm Cantor Fitzgerald lost 658 of its 960 employees in the 2001World Trade Center attacks, the company's Chairman and CEO, Howard W. Lutnick, and his sister, Edie Lutnick, co-founded The Cantor Fitzgerald ... 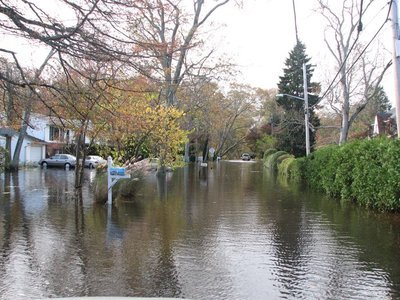 In January, the Relief Fund, in conjunction with Cantor Fitzgerald and BGC Partners, announced its Hurricane Sandy Family Support Program to provide $10 million to families in Brooklyn, Queens, Long Island, Staten Island and New Jersey who were severely impacted by Hurricane Sandy.

“We understand the tremendous loss that has shaken so many families, and are committed to provide money directly to those in need,” said Howard Lutnick.

The Relief Fund “adopted” 19 elementary schools throughout these communities; and on Friday, Cantor representatives distributed $1,000 prepaid debit cards to 1,350 families from the selected schools.

“We created the Relief Fund’s school adoption program to help families in communities that were among the hardest hit by the storm, and which many of Cantor’s and BGC’s employees care deeply about and some call home,” said Lutnick’s wife, Allison Lutnick.

Edie Lutnick, executive director of the Relief Fund, said “We learned from the tragedy of 9/11 how important it is to provide support directly to people who are suffering.” She added that Cantor Fitzgerald and BGC Partners are matching all donations to the Relief Fund for Hurricane Sandy assistance.

Hundreds of eligible Sandy’s victims from the Long Beach School District lined up on Friday morning to receive their $1,000 courtesy debit card.

“We lost the first floor of our house and my kid’s playroom,” said Jill Backlin, 37, a Long Beach resident who was waiting on line. “This aid is so unexpected that we’re going to use it to build a new playroom.”

“I wouldn't feel right using the money in another way but to make my kids happy,” said Autumn Raubuck, 34, another resident waiting in line. “We're going to buy them a surf board, beach chairs and other toys."

Raubuck’s 10-year-old daughter, a fifth-grader at West Elementary School, will have to finish the remainder of the school year at another school. West Elementary was severely damaged by the storm and is closed.

“It’s her last year at the school and we found out that she won’t be able to go back because her school is not opening back up until the fall,” Raubuck said. “It’s not enough that our lower level was flooded and her bedroom was damaged, but now it’s even harder for her because she’s not at her school. In some small way, I think this will help our family feel like things might be getting back to normal.”

“Families can use this money in any way they see fit,” said Edie Lutnick. “It’s important to help those areas hardest hit by Sandy. Long Beach is a tough community, but insurance just isn’t coming in fast enough, so this is a little of what we can do to help these families rebuild their lives.”

A Cantor Fitzgerald spokeswoman said more than 1,000 cards were handed out Friday. She said the company would set up another date to hand out cards to the remaining families.