Amar'e Stoudemire has finally come back from his injury, and the Nets had a comeback of their own.

After sitting out hurt for the first 30 games of the year, Amar’e Stoudemire made his long awaited season debut alongside Carmelo Anthony’s return from a leg injury which cost him two games. Stoudemire scored only 6 points against the Trail Blazers on Tuesday, as he played for less than 17 minutes off the bench in an attempt to ease back into the NBA.

JR Smith, who played for 40 minutes off the bench, had a double-double on 11 rebounds and 28 points while Anthony scored 45. Unfortunately the impressive outing by JR and Carmelo was not enough to overcome Portland, as the Knicks fell 105-100.

Stoudemire played for a few minutes more on Thursday against San Antonio, putting up 10 points in 20 minutes of play. Anthony’s 23, Smith’s 20, and Tyson Chandler’s double-double (14 rebounds, 10 points) added to put the Spurs away.

It was not the 100 points of offense that sealed the night, however, as the Knicks’ defense congealed to hold San Antonio to only 83. The dominant win comes over one of the league’s best teams, and will hopefully pave the way toward a system in which stars Stoudemire and Anthony can coexist productively.

The Knicks square off against conference rivals Boston for the first time this year at 7:30, Monday night.

The Nets, who suffered their first loss under interim coach Carlesimo against the Spurs last week, rebounded with a resounding victory over reining Western Conference champions, Oklahoma City this week. 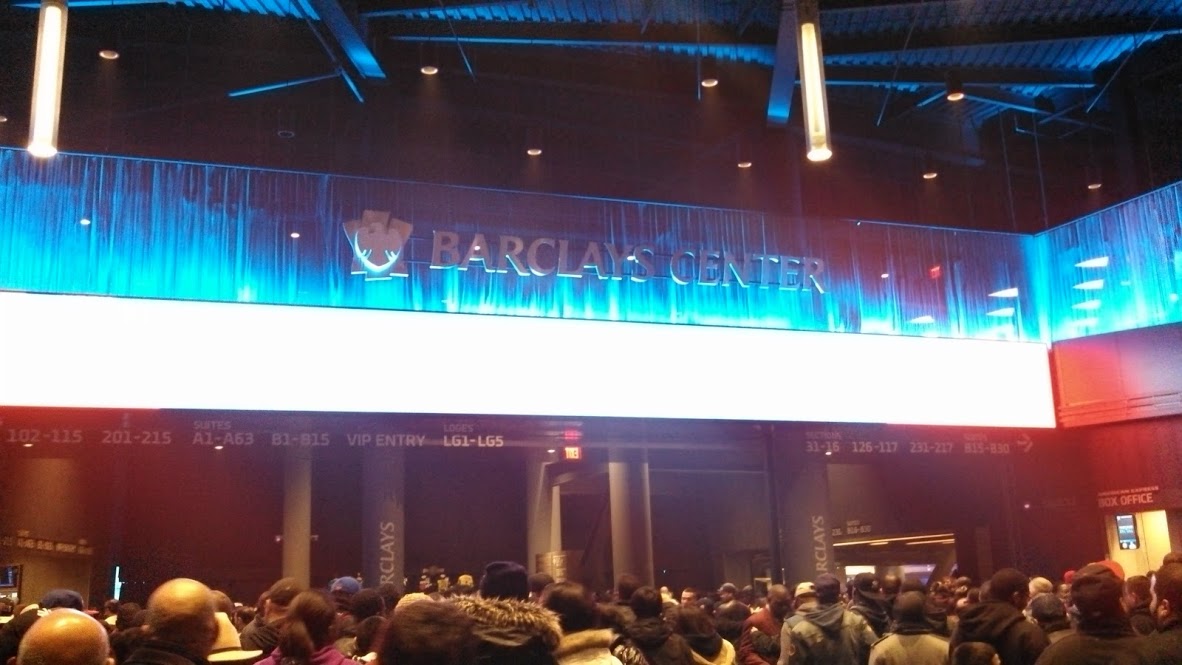 Coming off that humiliating 104-73 loss, a reinvigorated Brooklyn team jumped out to a 23-point lead early against the Thunder. Brook Lopez and Joe Johnson scored 25 and 33 respectively, as Deron Williams posted a double-double through 13 assists and 19 points. The Nets held off a third-quarter comeback en route to a commanding 110-93 win.

Changing from playing two of the league’s best teams to one of its worst in the Washington Wizards (4-27 on the season) did little to put the team at ease, as Washington led for almost all of regulation time. The Nets finally gained a lead with 7:10 left in fourth period, trading blows with Washington for the remainder of the quarter.

The Nets quickly lost control of the game, trailing by as many as 8 points with minimal time left on the clock, they closed the gap as swiftly as it first developed. With only 15 seconds left and the ball in enemy territory, Brooklyn was forced to foul. The Wizards missed both shots, then inexplicably fouled Lopez on the rebound, allowing him to put the Nets back on top to cap off an 11-0 run. Unfortunately, there was just enough time left for the Wizards to tie things up once more, forcing double over time.

Keith Bogans, a Washington native who produced nothing for Brooklyn during regulation, had one of his shots goal-tended and was fouled within the same play. He sunk his free throw, then stole the ball back on the ensuing Wizards possession to score once more and put Nets back up by 5 with 3:25 left.

After a few more minutes of evenly matched play, Joe Johnson finally put the game away with a two-pointer and only 0.7 seconds left. This time, Washington could not tie the game.