Rangers & Islanders Down 3-2, Yankees Move into First, Mets Up and Down

By Christian Abbatecola Published: May 11 2013

The Yankees are piecing together a strong start to the season despite a rash of injuries, but the future is less rosy for some other NY teams. 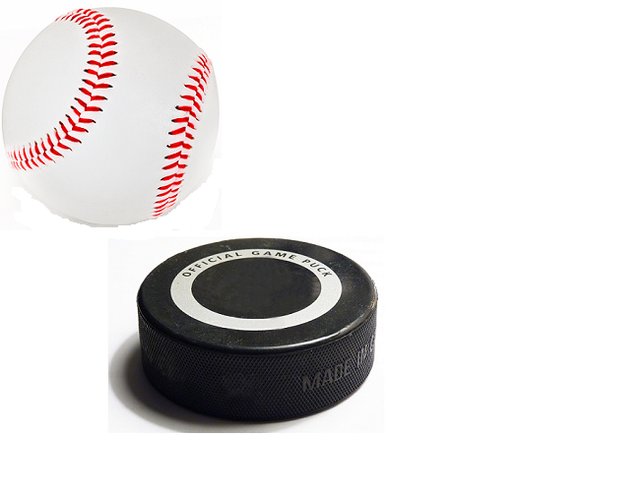 Rangers Step Up at Home, Fall on the Road

After dropping down 2-0 in the first round of the playoffs, the Rangers picked up their first win when they came home on Monday. Madison Square Garden remained kind to them on Wednesday when Richards scored the sole goal of the first period.

Hagelin gave New York a 2-0 lead midway through the second, but the Capitals managed to even the score through the rest of the period. After Girardi slapped in shot before a minute of the final period had passed, Stepan contributed a goal of his own to put the Rangers up 4-2. Washington would score one more time, leaving Lundqvist with 27 of 30 shots blocked and NY with a 4-3 win.

With the series tied at 2, the Rangers returned to Washington last night. Brian Boyle looked like he was ready to take a 3-2 lead when he struck the first goal of the night 53 seconds into the game, but it would be the only New York goal for the entire night. The Caps scored in the middle of the second to tie the game at 1, where it would remain until nearly ten minutes into the overtime that followed a scoreless third. 9:24 into OT, Mike Ribeiro snuck the puck past Lundqvist on a rebound to put the Rangers down 2-1. Lundqvist stopped 33 of 35 in the loss.

The Rangers will try to stay alive when the series comes back to MSG at 4:30 PM on Sunday.

The Islanders began the playoffs with a game that made them look like the underdogs they are—losing 0-5 to the first seed Penguins—but since then have scored at least four goals in each of the three games that followed, including their one loss in that span. With the series tied 2-2 when they returned to Pittsburgh on Thursday, however, their offensive hot streak completely tapered off.

Nabokov and their defense did their job for the first period, but 7:25 into the second Pittsburgh struck the first goal. 80 seconds later Nabokov misplayed what should have been a stop but turned into the puck bouncing off his glove, over his head, and into the goal to put New York down 2-0. Crosby snapped in the third Penguin goal with 6 minutes left in the period.

After Nabokov allowed a fourth goal early in the third he was taken out of the game in favor of Poulin, who stopped all four shots that came his way. Unfortunately Nabokov’s 23 of 27 performance could have been 26 of 27 and it wouldn’t have made a difference—the Islanders were shutout in their 0-4 loss.

Down 3-2 and facing elimination from the Stanley Cup playoffs, the Islanders will try to force a decisive game 7 when they return home at 7:00 PM tonight.

The Mets won a long pitchers’ duel against the White Sox on Tuesday. Matt Harvey was perfect through 6 2/3 innings before giving up a single to Alex Rios. Harvey remained in the game for a full 9 innings, striking out a career-high 12 batters in the process of shutting out Chicago. He did not pick up a win, however, as New York was similarly held scoreless by Hector Santiago and the White Sox’ bullpen until Mike Baxter drove in Ike Davis with an RBI single in the tenth inning, after Bobby Parnell had already replaced Harvey. The Mets won 1-0.

Chicago would not be denied any runs in Game 2—Alejandro De Aza made sure of that when he smashed a lead-off homer against Jeremy Hefner. Lucas Duda responded with a blast of his own to kick off the bottom of the second and tie the game 1-1, but Hefner allowed 3 more runs in the third. New York went on to lose 6-3 as they split the two game series.

3 runs would prove enough to win the first bout with Pittsburgh on Thursday night. Marlon Byrd got things started with a sacrifice fly that brought Travis Snyder home in the 2nd. After the Pirates tied the game in the seventh an Ike Davis double put the Mets back on top, but Pitt responded in the eighth to once more even the score. Queens-native Mike Baxter played hometown hero one more time with a walk-off RBI single when he pinch hit for Juan Lagares in the ninth to give New York a 3-2 win.

The Mets drove in 3 runs last night as well, but they were not enough to win Game 2. Pittsburgh scored 3 runs in both the second and fifth innings, then tacked on a 7th in the top of the ninth. Anthony Recker’s homerun in the bottom of the fifth was New York’s only offense before they drove in two more for a failed attempt at a rally in the ninth. The Mets lost 7-3.

Game 3 of this four game set will start at 1:10 PM this afternoon, and the series will wrap up at the same time tomorrow.

Despite having a day off to rest, the Yankees’ bats looked jetlagged when they arrived in Denver on Tuesday night. Hiroki Kuroda allowed only 2 runs through 7 innings (they came on a Carlos Gonzales homer in the sixth), but found no support from his team as the Yanks fell to the Rockies 0-2.

Evidently the Bronx bombers were able to adjust to the mountain air on Wednesday; Vernon Wells smacked in a 2-run homer to give them an early lead in the first inning. David Phelps allowed Colorado to respond in kind in the second inning when Todd Helton tied the game with a homerun of his own; that would prove the last offensive outburst for some time, as Brennan Boesch’s go-ahead RBI single didn’t come until the ninth inning. With a 3-2 edge Mariano Rivera came in to close out the game, which he did in his usual fashion, picking up his 12th save of the season along the way.

Vernon Wells provided the first run once more in the rubber game on Thursday, this time on a single to bring Jayson Nix home in the top of the first. The Rockies again tied the game in the bottom of the same inning, but Chris Stewart gave the Yanks a 2-1 edge with a sacrifice fly in the fourth. Robinson Cano followed up with a homer in the fifth to give New York a 3-1 lead which would hold for the rest of the night. Rivera got his 13th save as the Yankees took two of three from Colorado.

With that win, the Yankees moved ahead of both the Red Sox and Orioles for first place in the AL East. That lead comes as a matter of percentages, however, as New York has played two fewer games than both Boston and Baltimore; they have one less win and one less loss than their competition.

After taking the series from Colorado and outscoring them by a tally of only 6-5 over the course of the three games, the Yankees exploded in Kansas City last night. It began with a pair of 2-run homers in the second off the bats of Ichiro Suzuki and Lyle Overbay, to which the Royals answered with a 3-run blast in the bottom of the inning.  Overbay’s RBI double in the fourth padded the New York lead, but Kansas hit Hughes for two more runs in the fifth to tie the game at 5.

Overbay continued his big night with a double that drove Suzuki home in the sixth. Chris Nelson followed him with a 2 RBI single and Bret Gardner smacked an RBI triple soon thereafter. Robinson Cano’s single to bring in Gardner capped off a 5-run inning which would put New York over and help Hughes earn his second win of the season, but not before Overbay hit another RBI single to drive in Suzuki in the ninth. The Yankees won 11-6.

Still in first place, the Yanks will try to stay atop the East when they play Game 2 in Kansas at 7:10 PM tonight.