The National Weather Service is reporting a major winter storm is expected to impact the northeast beginning Friday into Saturday. 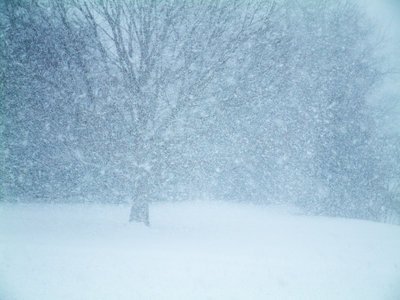 The National Weather Service is reporting a major winter storm is expected to impact the northeast beginning Friday into Saturday. As much as one to two feet of snow is predicted for our region with winds gusting as high as 60 miles per hour. A blizzard watch has been posted for south central LI, and a coastal flood watch is in effect for the north shore and the eastern south shore of the Island.

The storm, beginning with rain in most areas, will pick up in earnest by tomorrow evening. With cold air coming in on the back side of the storm, snow will fall as much as two inches an hour with wind gusts up to 60 miles per hour.

Long Islanders are being advised to stay off the roads as the snow will accumulate rapidly and hazardous conditions could cause major gridlock and accidents. Blizzard conditions could bring down tree limbs and cause power outages, and blowing snow could limit visibility to one quarter mile or less at times.

On Friday night, the storm will increase in intensity with rain and snow in the evening then snow beginning after midnight. Temperatures will fall to around 26 degrees, and winds could gust as high at 60 mph, causing areas of blowing snow. Total accumulations of seven to eleven inches of snow are expected.

Snow is likely to continue on Saturday with cloudy skies in the morning, tapering off in the afternoon. During the day, temperatures are expected to climb as high as 34 with partly sunny skies. In some areas, wind gusts from the northwest could again reach 55 miles per hour.

Saturday night is expected to be mostly clear, and by Sunday we will see sunny skies and a high temperature near 35 degrees.

Experts are warning that Nemo threatens to be a historic, crippling blizzard. In response, the National Weather Service recommends that you have the following items available:

In addition, be sure your vehicle is fully checked and winterized and that you carry blankets, a cell phone, a flashlight with extra batteries, a shovel and a map with you when you travel.

Officials also recommend that cars be moved off of major roads and parked on side streets or in parking lots.

Stay with Long Island.com for up-to-the minute details on this storm.

Comments or suggestions? Please include them below or on our Long Island Discussion Forum.