A great white shark that's been tagged by scientist was tracked this week off the coast of Long Island. 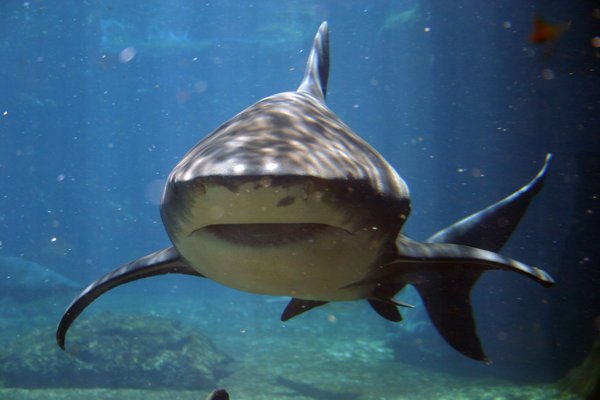 A great white shark that has been tagged and named Mary Lee by OCEARCH, a Utah-based nonprofit organization, was spotted on Wednesday afternoon just 40 to 45 nautical miles off Montauk Point. There is no cause for alarm, according to Petty Officer Patrick Rogers at Coast Guard Station Shinnecock.

Mary Lee was apparently only making a quick tour near the Hamptons, coming as close as 20 nautical miles off East Hampton, before heading away from the coast.

Mary Lee weighs in at 3,456-pounds and 16-feet long. She is said to be a mature shark with the capability to breed. She could be anywhere between 20 and 70 years old, according to OCEARCH’s founding chairman Chris Fischer. Determining the age accurately would require cutting into its spinal cord and counting it like rings on a tree, said Fischer.

Mary Lee has shown to be super coastal. She was first spotted on Sept. 12, 2012 in Cape Code. On Jan. 9, she made her way to St. Augustine, Fla. On. Jan. 10, she was tracked as zigging and zagging around the Carolinas. And just this Tuesday, she was off the coast of Quogue before heading east towards Montauk Point.

Anyone interested in tracking Mary Lee’s movements are welcome to OCEARCH’s website for its Global Shark Tracker. OCEARCH is dedicated to studying great whites and other large marine species. It currently tracks one other Atlantic great white named Genie that was tagged in September. It also tracks some 35 other shark around the world.

Genie has not surfaced as much as Mary Lee, so her travels are not as known. The shark’s dorsal fin is tagged and when it protrudes the water line, it helps OCEARCH track its movement.