Port Washington resident Leo S. Ullman will appear at the Jeanne Rimsky Theater at Landmark on Main Street on Sunday, April 10, 2016 at 4 p.m. to share stories of how he and his family ... 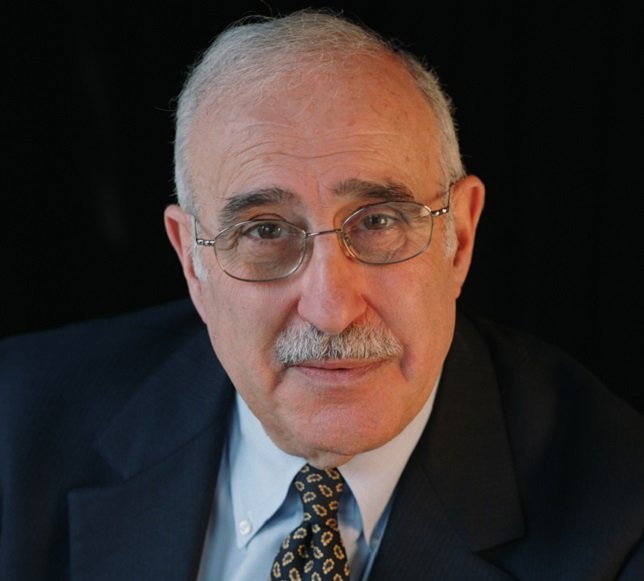 Photo by: Courtesy of the Artist

Port Washington, NY - January 21, 2016 - Port Washington resident Leo S. Ullman will appear at the Jeanne Rimsky Theater at Landmark on Main Street on Sunday, April 10, 2016 at 4 p.m. to share stories of how he and his family survived unimaginably harsh conditions while living in the Netherlands under German occupation. Ullman will give firsthand accounts of his time living in secrecy, and reflect on how his childhood in Nazi-occupied Holland shaped his life.

Mr. Ullman has arranged for members of the family who hid and saved him to travel from the Netherlands especially for this occasion. They will join him onstage to discuss their experiences.  After the presentation, a reception will be held at the Port Washington Public Library to provide attendees with an intimate setting to speak with Mr. Ullman and his “war family.”

Mr. Ullman’s new book, 796 Days: Hiding as a Child in Occupied Amsterdam During WWII and Then Coming to America (ComteQ Publishing, 2015), is a mesmerizing first-person story of a young Jewish boy hidden by complete strangers for over two years, while his parents hid in an attic elsewhere, not knowing where their son was or if he was alive. The book chronicles Leo Ullman’s life as a hidden child, as well as the stories of other family members and their miraculous survival. It contains unique photos, documents and correspondence, as well as historical context. 796 Days will be available for purchase and signing, with all proceeds benefitting Landmark on Main Street and the Friends of the Library.

Leo S. Ullman was born in Amsterdam, the Netherlands in July, 1939. After surviving WWII, he came to the U.S. with his family to start a new life. They settled in Port Washington, NY, where he still resides. He graduated from Harvard College and Columbia University’s Graduate Schools of Law and Business. He served in the U.S. Marine Corps and Marine Corps Reserves. He practiced law for over 30 years, and has formed successful real estate ownership and management companies.

Mr. Ullman served as a Director of the Anne Frank Center USA for two decades and as its Chairman for seven years. He has also served as the Chairman of the Foundation for the Jewish Historical Museum of Amsterdam. He and his wife Kay co-sponsored the exhibit State of Deception: The Power of Nazi Propaganda at the U.S. National Holocaust Memorial Museum in Washington, DC, where he also served as a member of the Development Committee.

Landmark on Main Street is a not-for-profit community center and theater that enhances the spirit and enriches the communities of Port Washington and surrounding regions. Now in its 20th year, it is a unique confluence of local history, culture, recreation, arts and community services. The Jeanne Rimsky Theater is vibrant with concerts, lectures, shows, comedy, and performances.  Find Landmark on the web at www.landmarkonmainstreet.org

The Friends of the Port Washington Public Library (FOL) has been dedicated for fifty years to strengthening the ties between our library and community, and to advancing the library’s mission as a center for life-long learning, information and culture. The Friends supports the library through volunteerism, fundraising, programming, outreach and advocacy. The FOL is an independent, nonprofit 501(c)(3) organization. On the web at www.pwpl.org/fol

The Port Washington Public Library is a center for community engagement, knowledge, and personal enrichment. It is a nationally-recognized, award-winning institution that has served Port Washington and its environs since 1892.  Find the PWPL on the web at www.pwpl.org

Landmark on Main Street is located at 232 Main Street; the Port Washington Public Library is across the street at One Library Drive.