Attorney Sentenced for Stealing More Than $4.3 Million from Clients

Kalpakis, 53, of Old Westbury, stole millions from clients, including his own wife, by forging real estate and loan documents. 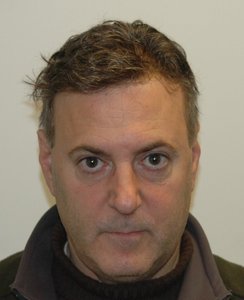 Old Westbury, NY - January 24th, 2014 - Nassau County District Attorney Kathleen Rice announced that a disbarred attorney has been sentenced today for stealing more than $4 million from several individuals and banks in a series of fraudulent real estate deals that fattened his wallet at the expense of his clients – including his own wife.

“Clients should be confident that their attorneys are representing their best interests, and not betraying their trust for their own financial gain,” DA Rice said. “My office will continue to prosecute attorneys who betray their clients’ trust while reaping millions of dollars by flouting the laws they swore to follow.”

DA Rice said that Kalpakis, an attorney who was suspended from the practice of law in 2005 and disbarred upon his resignation in September 2009, stole over $4 million from five clients he represented in real estate deals between September 2008 and January 2011.

In September 2008, Kalpakis illegally obtained a 30-year, $1.1 million mortgage loan from a bank to refinance a mortgage on a home owned by his wife by submitting a forged power of attorney in her name, giving him authority to sign the mortgage in her absence. He received a check made payable to him in the amount of $402,152 at closing. The balance of the loan was used to pay off the existing mortgage, but Kalpakis stopped making payments on the loan in December 2009. His wife knew nothing about the loan.

Other fraudulent dealings by Kalpakis include: