Despite Gains, More to be Done to Preserve Suffolk's Farmland 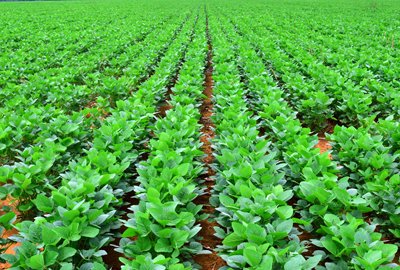 In 2012, Suffolk County took steps to preserve more farmland than in the previous three years, according to County Executive Steve Bellone.  Speaking to a group of county farmers on Monday at Suffolk County Community College’s eastern campus, Bellone called agriculture one of the area’s most important economic engines, and said more needs to be done to preserve farmland.

“Although Suffolk County leads our state in terms of total value of agricultural products, our agricultural sector is coming under increasing economic pressures,” County Executive Bellone said.
Suffolk County boasts the oldest farmland protection plan in the country, and is the highest ranking county in New York in terms of total market value of of agricultural goods produced.
Prioritizing development rights acquisitions, overhauling the county’s farmland protection plan and actively pursuing violators will allow local farmers to  “continue this way of life for future generations,” according to Bellone.
515 acres of farmland were preserved in 2012, while only 450 acres were preserved between 2009 and 2011.  The increase is due to a reprioritization of farmland development rights acquisition in an effort to preserve agricultural soil and the sole-source aquifer, the county’s “most valuable natural resources.”
Suffolk is also pursuing violators of the farmland program, such as the Ringhoff Farm, whose development rights were purchased by the county in 2011 for $1,700,000.  The county took legislative action against in early December after it was discovered that the farm was engaging in vehicle storage and other violations, including excavating and dredging. “As someone who believes in this program, I will not allow such a blatant abuse,” Bellone said to the group.  He toured the farm following the meeting.
The county will be partnering with the Peconic Land Trust and the Agricultural Protection Plan to encourage sustainable farming development while preserving access to farmland as part of the continued effort to promote agriculture in 2013.
Share your thoughts on this article by posting a comment below or by visiting our Long Island Living discussion forum.