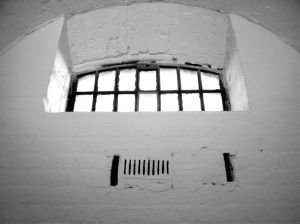 July 15, 2013 - Mineola, NY - Nassau County District Attorney Kathleen Rice announced today that former Nassau County Police Department Deputy Commissioner William Flanagan has been sentenced to jail after his conviction of official misconduct and conspiracy for his role in preventing the arrest of a teenager whose father was a personal friend and financial benefactor of the police.

William Flanagan, 55, of Islip, was convicted by a jury last February of two counts of Official Misconduct and one count of Conspiracy in the Sixth Degree. He was sentenced by Acting Supreme Court Judge Mark D. Cohen to five months in jail on each of the Official Misconduct charges and 60 days in jail for the Conspiracy charge. However, three of the five months of the defendant's jail sentence on Official Misconduct can be satisfied by the defendant serving 60 days jail and completing 420 hours of non-law enforcement related community service. All sentences are to run concurrently. In addition, Flanagan must pay a $1,000 fine. Pursuant to a defense application to the Appellate Division, Flanagan will remain free pending an appeal.

“Today’s sentence is the culmination of a case that sent a clear message to those who mistakenly think they can abuse the public trust without consequence,” Rice said. “This defendant violated his oath as a police officer and let down not just the public, but the hard-working men and women of the Nassau County Police Department who put their lives on the line every day.”

Rice said that on May 19, 2009, a school administrator from John F. Kennedy High School in Bellmore called police to report the theft of more than $10,000 in electronics equipment from the school. The administrator identified Zachary Parker, a student at the school and part-time employee of the NCPD’s Emergency Ambulance Bureau, as the suspected thief and, in a sworn statement to police, expressed her desire that the perpetrator be arrested.

Parker’s job with the NCPD caused the case to be referred to the department Internal Affairs Unit. Deputy Chief of Patrol John Hunter, who was not in this unit’s direct chain of command, directed that the case remain assigned to the Seventh Precinct. Hunter had been instrumental in creating the job for Zachary Parker in the NCPD, and he and Flanagan were frequent guests at expensive lunches and dinners hosted by Gary Parker for high-ranking members of the NCPD and other law enforcement agencies. Gary Parker also donated large sums of money to the Nassau County Police Department Foundation.

On May 23, 2009, Hunter asked the school administrator’s nephew, a NCPD officer, to lobby her not to press charges. He refused. In a May 30, 2009 email exchange, Gary Parker requested that Hunter get the NCPD to “lay low” on the investigation into his son. Hunter responded that he would make sure that was done. On June 15, 2009, Hunter directed Detective Sergeant Alan Sharpe to have the property returned to the school. Sharpe dispatched a Seventh Squad detective to do that the following day, but the administrator refused to sign a withdrawal of prosecution form and the property was returned to the precinct.

On June 18, 2009, Gary Parker reached out to Flanagan to ask for his assistance. Through July and August, Flanagan worked with Sharpe to coordinate the return of the stolen property to the school administrator and to prevent Parker's arrest, with Flanagan assuring Gary Parker in an email that he had “no doubt about the outcome”.

On September 1, 2009, Sharpe directed one of his detectives to return the stolen property to the school administrator and to obtain her signature on a withdrawal of prosecution form. She accepted the property, but again refused to sign the withdrawal form.

Despite her refusal, however, Sharpe instructed a subordinate to enter a “close out” memo in the NCPD computer system on September 19, 2010, falsely claiming that the school administrator did not want Zachary Parker arrested.

While never arrested by the NCPD, Zachary Parker was prosecuted by the Nassau County District Attorney’s office and is serving time in an upstate prison after violating the probation to which he was originally sentenced. Hunter pleaded guilty to his involvement in the crime last May and was sentenced to three years of probation and 500 hours of community service. The case against Sharpe is pending.

The charges against all three men stem from an investigation that began in the wake of a Long Island Press story documenting allegations of preferential treatment for those with personal connections to the police department and its private foundation. The DA’s investigation would later find no criminality on the part of the Nassau County Police Department Foundation itself.