Crystal’s gift will be used to help the town recover from Hurricane Sandy. 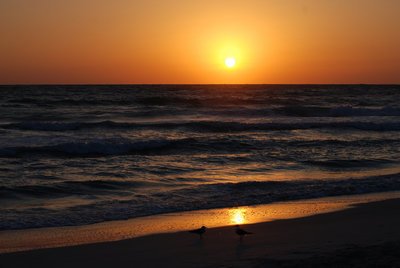 Long Beach native Billy Crystal returned to his hometown on Saturday, and announced that he would be donating $1 million to the town. According to Newsday, Crystal said that his donation is in response to the devastation caused by Hurricane Sandy.

The comedian stood on stage next to his wife Janice in front of a crowd of a few hundred people on a piece of Long Beach’s brand new boardwalk when he made the announcement. Much of the Long Beach boardwalk was destroyed during Hurricane Sandy, and construction for a new boardwalk has been underway since April.

The money was raised by Crystal, along with some other actors including Steve Martin, Robert De Niro, Robin Williams and boxing champ Muhammad Ali during Ali's charity boxing event for Parkinson's Disease.

“I’m so glad to see that we’re coming back, there was never a doubt in our minds from the time we saw all the disaster happening that this would bring out the best in us,” Crystal said.

Crystal will also be starring in a tourism commercial as a spokesman to announce the return of the city of Long Beach as well as its iconic boardwalk.

The Long Beach boardwalk was a staple of the city for over 100 years before Hurricane Sandy rendered it unusable. The 2.2 mile boardwalk was demolished in January so that a new, stronger boardwalk could be built in its place. Demolition of the boardwalk cost the city about $1.5 million, and the new boardwalk is expected to cost about $42 million by the time it is complete.

A quarter-mile long stretch of the boardwalk is expected to be open in July, but officials say that the entire boardwalk will not be completed until November. Many Long Beach residents are upset that the boardwalk has not opened yet; they were hoping it would be ready for the start of summer.

Crystal’s donation to the city may not open the boardwalk immediately, but it will certainly help out a city that is still reeling from the storm.

Just before he walked off stage, the Golden-Globe nominated actor said, “this is a significant step… and there will be more [help] to come.”