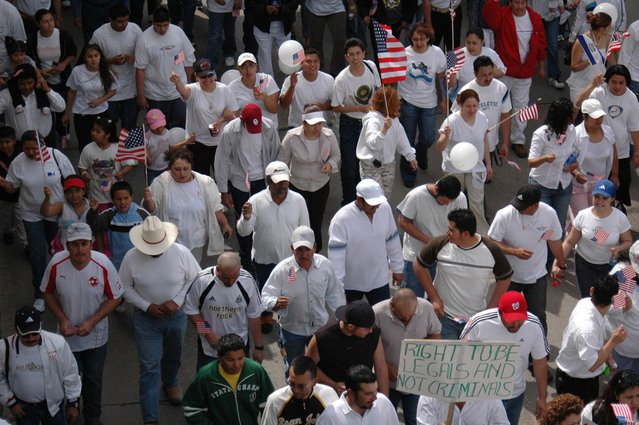 Proposed policies ensures that the rights of all New Yorkers will be upheld, regardless of changing federal enforcement practices.

The model provisions offered by the A.G.’s Civil Rights Bureau clarify that local New York  law enforcement agencies can limit their participation in federal immigration enforcement activities in several ways,  including by: (1) refusing to enforce non-judicial civil immigration warrants issued by Immigration and Customs Enforcement (“ICE”) or Customs and Border Protection (“CBP”), (2) protecting New Yorkers’ Fourth Amendment rights by denying federal requests to hold uncharged individuals in custody more than 48 hours, (3) limiting access of ICE and CBP agents to individuals currently in custody, and (4) limiting information gathering and reporting that will be used exclusively for federal immigration enforcement. The full policy guidance can be found here.

“Public safety relies on trust between law enforcement and the communities they serve. No local law enforcement agency should have to undercut that trust just to carry out Donald Trump’s draconian immigration policies,” said Attorney General Schneiderman. “The legal guidance and model policies my office released today give local governments the tools they need to protect immigrant communities from any over-reach by federal agencies. New York has a long history of welcoming immigrants and embracing diversity. Now, more than ever, we must stand up for our values of inclusion and pluralism.”

In addition to protecting vulnerable communities and promoting public safety, the A.G.’s model procedures would also insulate local authorities from potential legal liability arising out of Fourth Amendment (unlawful detention) claims and ensure that local governments are not forced to spend limited local resources on increased federal immigration enforcement efforts that do not improve public safety.

“Albany is a city that welcomes immigrants and rejects efforts to marginalize or target any group,” said Albany Mayor Kathy Sheehan. “We are committed to being a sanctuary city and these guidelines will assist in our efforts to protect immigrants’ rights and develop relationships that enhance public safety in our city. I am grateful to the Attorney General for his leadership on this issue.”

“Rochester is the home of Frederick Douglass and Susan B. Anthony, so the fight for inclusion and equality is nothing new to us,” said Rochester Mayor Lovely Warren. “As an African American woman and the child of an immigrant, I am keenly aware of what discrimination feels like, and equally aware that it has no place or part in the ‘American Dream.’ In 1986, the Rochester City Council passed a resolution declaring us a ‘City of Sanctuaries,’ and I intend to ask our current City Council to bring this resolution up to date and reflect some of Attorney General Schneiderman’s recommendations. I want to make it clear that in Rochester we are one community that is united and strengthened by our diversity, and no citizens should be denied access to jobs, safe and vibrant neighborhoods or quality educational opportunities simply because of who they are.”

“I appreciate NY Attorney General Schneiderman’s guidance on this critical issue,” stated City of Kingston Mayor Steve Noble. “As a small city which recently underwent an important community discussion on the benefits and risks of adopting policies aligned with those of a ‘Sanctuary City’, I know firsthand how confusing this process can be. The release of this Guidance will not only assist municipalities considering adopting sanctuary policies, but also communities like ours who have taken the first steps in the process by passing memorializing resolutions, but who require additional technical assistance. Further, we can now confidently and more comprehensively pursue our vision of building a welcoming and inclusive community to all, knowing that our policies and procedures are aligned with those outlined in this important document.”

“I applaud the efforts of Attorney General Schneiderman and thank him for his leadership on this important issue,” said White Plains Mayor Tom Roach. “White Plains is a vibrant and diverse city which also has a strong sense of community. People from all walks of life and backgrounds live, work, and visit here and it has been our strong desire to ensure that we continue to be the kind of community that welcomes, values, and recognizes the contributions of everyone. As part of our Community Policing practices the City of White Plains already follows the principles outlined by the Attorney General. His legal advice and support is crucial in maintaining these policies, and is very well appreciated.”

Acting Brooklyn District Attorney Eric Gonzalez said, “Protecting all residents, including immigrants, is central to our law enforcement mission and I applaud Attorney General Schneiderman for his leadership on the important issue of sanctuary provisions. In Brooklyn, we encourage everyone to report crimes without fear of reprisals and regardless of immigration status. My Office also created an Immigrant Fraud Unit which regularly hosts educational Immigration Forums in the community so that immigrants are empowered to avoid being the target of scams. I hope this approach will be the norm in all jurisdictions because that is the fair and just thing to do.”

“Cities have long been welcoming and inclusive places and I am proud Syracuse is standing with our immigrant brothers and sisters in that tradition of diversity,” said Syracuse Mayor Stephanie A. Miner. “As long as I am Mayor, we will not use our resources to enforce federal anti-immigrant policies. I appreciate the Attorney General standing with cities like Syracuse and offering his support as we make these decisions for our citizens.”

“Attorney General Schneiderman's guidance today makes clear the constitutional and public policy reasons why law enforcement in New York State should not be drafted into carrying out Donald Trump's deportation agenda,” said Alisa Wellek, Executive Director of the Immigrant Defense Project. “We applaud the Attorney General's continued leadership in responding to communities' calls to promote real safety and uphold the rights of all New Yorkers.”

"With more people forced to flee their homes than at any time in recorded history, we must all work together to support refugees and immigrants in the U.S. and around the world," said Rabbi Jennie Rosenn, Vice President of Community Engagement at HIAS, the Jewish nonprofit that protects refugees. “As the oldest migration aid agency in the world, founded in New York over 135 years ago, we support policies that honor our Jewish and American values of protecting the most vulnerable, respecting the rights of every human being, and ensuring due process for all those who seek safety in the U.S. We applaud Attorney General Schneiderman for developing this important guidance, and we stand ready to help protect refugees and immigrants in New York, across the United States, and around the world."

“Religious tradition remind us repeatedly to remember the plight of the stranger in our land because we too were once strangers here. We must thus find the proper moral and legal strategy to include those who should not be excluded. Thank you A.G. Schneiderman for your courageous leadership at this critical time in our history,” said Rabbi Joseph Potasnik, Executive Vice President, New York Board of Rabbis.

This guidance for local officials continues Attorney General Schneiderman’s ongoing efforts to protect immigrant New Yorkers and safeguard the trust between law enforcement and other local and state agencies and the communities they serve: