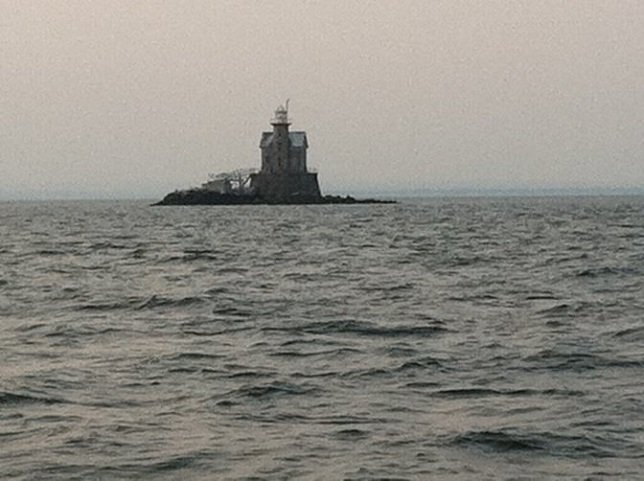 Long Island, NY - January 20, 2016 - U.S. Senators Kirsten Gillibrand, a member of the Senate Environment and Public Works Committee, Charles E. Schumer, Richard Blumenthal and Chris Murphy today announced their bipartisan legislation to continue to support the restoration of Long Island Sound passed out of the Senate Environment and Public Works Committee, bringing it one step closer to full Senate passage. The legislation now heads to the Senate floor, and the Senators are vowing to continue pushing until the bill is passed by the full Senate and signed by President Obama.

The Long Island Sound borders New York and Connecticut, with 9 million people living on the coast and 24 million people living within 50 miles of it. Although decades of overdevelopment, pollution, dumping of dredged materials and releases of untreated sewage have severely hurt the Sound’s water quality, the Sound’s economic contribution, including from sport and commercial fishing, boating, recreation and tourism, is estimated to be between $17 billion and $37 billion annually. The Long Island Sound Restoration and Stewardship Act combines two complementary water quality and shore restoration program authorizations at their previous authorization levels of $40 million and $25 million per year, respectively. This legislation also provides for additional focus, oversight and coordination of federal activities related to the restoration of Long Island Sound.

“The legislation cleared a key hurdle today and is now headed to the Senate floor,” said Senator Gillibrand. “This bill would provide the resources necessary to restore Long Island Sound and promote environmental protection and economic development for generations to come. The Sound is one of our most valuable natural treasures and a vital economic anchor that supports thousands of local jobs. This bill makes much-needed federal investments that would help protect the long-term health of the Sound, and I will continue pushing to get it passed by the full Senate and signed into law by the President.”

“The beaches and waters of the Long Island Sound are a natural treasure and an economic engine for the whole region that draws families, boaters, tourists and anglers to our shores. That is why we must do everything we can to pass this legislation that will restore and protect the Long Island Sound for current and future generations” said Senator Schumer.

“This historic measure helps protect and preserve one of our nation's most precious and important natural treasures‎-- providing immense environmental and economic benefits to Connecticut and the country,”Senator Blumenthal said. “I’m pleased that this measure to ensure the restoration of the Sound is now headed to the Senate floor, and I will continue working with my colleagues to ensure that the Long Island Sound remains one of Connecticut’s most treasured and valuable resources for years to come.”

“Today, we’re one step closer to ensuring the restoration and long-term health of Long Island Sound,” said Senator Murphy. “The Sound is an unparalleled economic driver for Connecticut, generating billions for the state annually in tourism, fishing and boating. It’s home to hundreds of diverse species of wildlife, and its 1,300 square miles of coastline are the site of happy memories for my family and countless others across the state. We have an obligation to prioritize federal investments in Long Island Sound for the millions of Connecticut families who rely on it for work and recreation each year. As this bill heads to the Senate floor, I’ll be working hard with my colleagues to get it passed and signed into law.”

In 1985, the EPA, in an agreement with New York and Connecticut, created the Long Island Sound Study (LISS), an office under the Environment Protection Agency (EPA) charged with advancing efforts to restore the sound and address low oxygen levels and nitrogen levels that have depleted fish and shellfish populations and have also hurt shoreline wetlands. In 1990, the Long Island Sound Improvement Actwas signed into law, providing federal dollars to advance Sound cleanup projects, including wastewater treatment improvements.

In 2006, identifying the need for increased stakeholder participation and the need to focus on coastal restoration and improved public access and education, Congress passed the Long Island Sound Stewardship Act, which provided federal dollars for projects to restore the coastal habitat to help revitalize the wildlife population, coastal wetlands and plant life. Since then, for every $1 appropriated, the LISS has leveraged $87 from other Federal, state, local and private funding sources, totaling more than $3.8 billion. This funding has enabled programs to significantly reduce the amount of nitrogen entering the Long Island Sound from sewage treatment plants by 35,000,000 lbs. per year as of 2013, compared to the 1990s. It has also restored at least 1,548 acres and protected 2,580 acres of habitat land.

The House version of the Long Island Sound Restoration and Stewardship Act, H.R. 2930, introduced by U.S. Representative Steve Israel (D-Huntington) and U.S. Representative Lee Zeldin (R-Shirley), is currently under consideration in the House Committee on Transportation and Infrastructure and the House Committee on Natural Resources. Enacting the Long Island Sound Restoration and Stewardship Actwould allow the LISS to maintain the important gains that have been made, and build on those achievements to further protect and restore the sound and watershed for future generations.